The moral imperatives to a lie

Contemporary wisdom has it that any lie is offensive. But is it? As Krishna argues so lucidly in the Mahabharata, reasons exist to lie 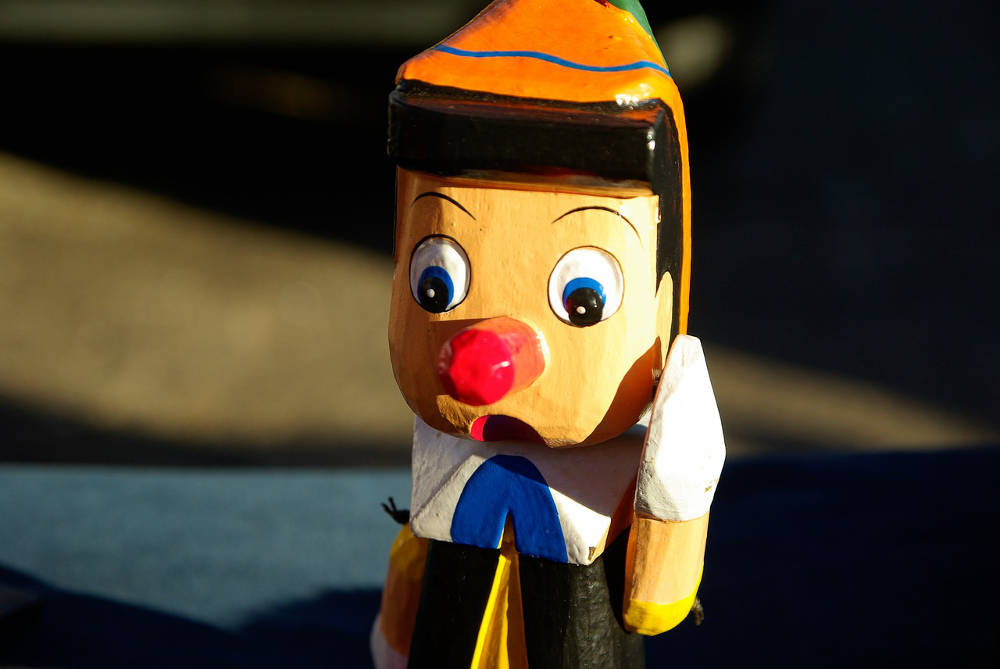 A little before I sat down to write this piece, I saw a headline that screamed: “I never lie”. It featured someone from the advertising business. I couldn’t help but snigger. What’s wrong with a lie, I wondered.

Indeed. It is a question that has resided in our collective human conscience forever. So much so that it resides as one among the central themes of that philosophical tour de force the Mahabharata is—an epic narrative of the Kurukshetra war and the fates of its protagonists that comprise two warring clans, the Kauravas and the Pandavas.

In the epic, there is this part where one of the greatest warriors of all time, Drona, is on a rampage through the Pandava ranks. Related to both sides as an uncle, for various reasons, he chose to align himself with the Kauravas in this battle. If he isn’t stopped, the Pandavas fear it is only a matter of time before their army is in shreds. The oldest of the five Pandava brothers, Yudhisthira, then turns to their spiritual and philosophical mentor Krishna for counsel.

Krishna, the eighth avatar of Vishnu, the supreme god, tells Yudhisthira this is a war that must be won. And that if a lie ought to be told to win it, then the lie must be told. In this instance, Krishna knows Drona’s only weakness is his son Ashwathama. So, he asks Yudhisthira to spread the word that Ashwathama is dead. But Yudhisthira has a problem with that. His morality and reputation do not permit him to lie. He despises it as dishonest.

But even as Yudhisthira is thinking through Krishna’s proposition and its implications, Bhima, one of the Pandava brothers, kills an elephant named Ashwathama and screams: “Ashwathama is dead”. Word reaches Drona. The man thinks it is his son Bhima is talking of. Stunned, he refuses to believe the news until he hears it from Yudhisthira and summons him.

Krishna’s words still ringing in his ears, Yudhisthira goes over to his uncle’s camp.

“Is it true,” Drona asks him, “that Ashwathama is dead?”

“Yes,” Yudhisthira says. And then trails off inaudibly, “Ashwathama the elephant.”

Technically, Yudhisthira did not lie. But Drona doesn’t catch the words, lays down his weapons and bows his head in grief. In that very instant, on Krishna’s instructions, Dhrishtadyumna, Yudhisthira’s brother-in-law, chops his head off.

In Vedic society, this is the worst possible crime. The Pandavas killed an unarmed Brahmin on the back of subterfuge who in their younger years was a teacher to them as well. But it had to be done for the sake of “dharma”, argues Krishna.

When looked at from Krishna’s perspective, it makes sense. All of the brothers are killing each other, too many people are dying and the war has to end in everybody’s interest. To that extent, morality demands that Yudhisthira lie. The end, in this case, argues Krishna, justifies the means. Psychology has it that Krishna makes this call without compunction because he is emotionally more evolved.

This argument though has always been under scrutiny with much being written and debated around it. The founding fathers of the Christian church like St Augustine make it abundantly clear that a lie is a lie, no matter what the intent is. Western philosophical thought led Immanuel Kant and closer home Mahatma Gandhi find their moorings in this school of thought. They leave no room for a lie in any shade. And that is what we are taught to live by.

As Michael Sandel, who teaches philosophy at Harvard University, points out, Kant believed that telling a lie, even a white lie, is a violation of one’s own dignity. But do exceptions to the rule exist? When is ambiguity possible? For instance, if your friend were hiding inside your home, and a person intent on killing your friend came to your door and asked you where he was, would it be wrong to tell a lie? If so, would it be moral to try to mislead the murderer without actually lying?

This question has implications in modern-day business as well. In a paper published last year titled Are Liars Ethical, Maurice Schweitzer, a professor of operations and information management at Wharton University, and co-author Emma Levine veer philosophically to Krishna’s side.

“In our research, we actually disentangle those two things. We think about deception that can help other people, and honesty that might be helpful to myself and maybe costly to somebody else. When we separate honesty and deception from pro-social and pro-self-interests, we find that people actually don’t care that much about deception. We find that the aversion to lying, when people say ‘Don’t lie to me’, what they really mean is, ‘Don’t be really selfish’.”

To that extent, they argue that in the kind of world we live in, it is time to revisit the dictum: Honesty is the best policy. Instead, we ought to understand when we should lie. “When does honesty actually harm trust and seem immoral? And when can deception actually breed trust be seen as moral?”

The reason this is pertinent is because in business, managers have to balance between benevolence and honesty, where benevolence is about being kind and providing supportive feedback. Honesty, on the other hand, can be critical and harsh. Not everybody is built to handle honesty. To that extent, it makes sense to err on the side of benevolence in the longer-term interests of building trust and relationships.

Schweitzer and Levine studied the tension between honesty and benevolence under controlled conditions that it may be applied in business. Their findings make for a compelling read.

“There are a lot of domains in which individuals face this conflict between honesty and benevolence very, very intensely. One example is in healthcare. Doctors frequently have to deliver very negative news to patients. And actually, prior research has found that oftentimes, doctors do lie. They inflate the positivity of these prognoses. We seem to think this is bad, and I think doctors feel a lot of tension and conflict around how to handle the situation.

“But our research suggests that perhaps doctors, and maybe teachers and parents, should be explicitly acknowledging this tension and this trade-off, and thinking about and talking about how to navigate it. When might benevolence and kindness, and maybe a little dishonesty, be right or be appreciated, and how could that enhance the delivery of medicine?

“Another case where we manage this balance between being completely honest and managing being benevolent is when we interact with children. This is true as parents, and it’s also true as educators. So, teachers will need to give feedback to students. And they have to balance this tension between being completely candid, and being benevolent and kind—demonstrating kindness and concern for the child.

“As parents, we frequently tell our kids, ‘Never lie’. But that’s not at all what we mean. For example, before we go over to grandma’s house, we might tell them, say, ‘Remember, thank grandma for that sweater, and tell her how much you like it, even though we both know you never wear it’.”

This is the kind of ambiguity and tension Krishna nailed with precision almost 3,000 years BCE when the Mahabharata was written.

But who’s to tell that to the man in advertising who claims he never lies?

[This article was published first in Mint. Reproduced with permission]