August 08, 2020: The importance of kindness; Mohanbir Sawhney on credentials and pedigree; the ethical entrepreneur 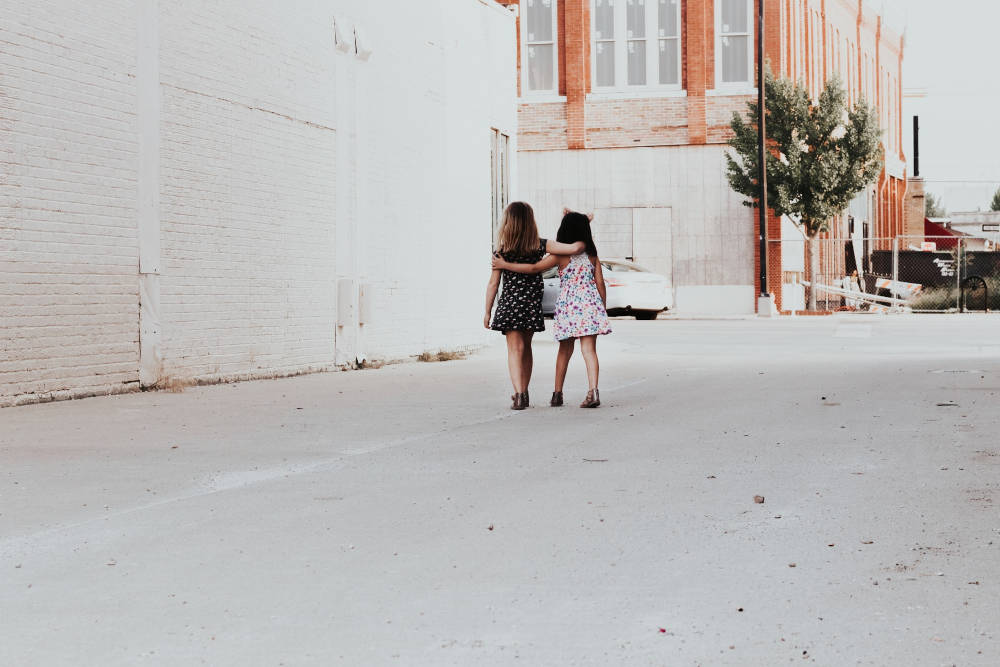 [Photo by Andrea Tummons on Unsplash]

When poring over our notes last evening, we stumbled across a commencement speech by American writer George Saunders that was delivered to the class of 2013 at Syracuse University. This talk was first surfaced in the public domain by The New York Times on its now defunct blog, the 6th Floor, where other precious resources are archived as well.

“What I regret most in my life are failures of kindness,” Saunders tells the audience.

“Those moments when another human being was there, in front of me, suffering, and I responded … sensibly. Reservedly. Mildly.

“Or, to look at it from the other end of the telescope: Who, in your life, do you remember most fondly, with the most undeniable feelings of warmth?

“Those who were kindest to you, I bet.

“It’s a little facile, maybe, and certainly hard to implement, but I’d say, as a goal in life, you could do worse than: Try to be kinder.

“Now, the million-dollar question: What’s our problem? Why aren’t we kinder?...

“Here’s what I think:

“Each of us is born with a series of built-in confusions that are probably somehow Darwinian. These are: (1) we’re central to the universe… (2) we’re separate from the universe … and (3) we’re permanent (death is real, o.k., sure—for you, but not for me).

“So, the second million-dollar question: How might we DO this? How might we become more loving, more open, less selfish, more present, less delusional, etc., etc?

“Because kindness, it turns out, is hard.”

And “…accomplishment is unreliable. Succeeding, whatever that might mean to you, is hard, and the need to do so constantly renews itself (success is like a mountain that keeps growing ahead of you as you hike it), and there’s the very real danger that succeeding will take up your whole life…”

“…but as you do, to the extent that you can, err in the direction of kindness.”

May we urge you to take a few minutes out over the weekend and read the full transcript or listen to him deliver this talk? The ROI invested on 10 minutes’ time listening to this will be exponentially high.

Have a wonderful Saturday.

A little over five years ago, we engaged with Mohanbir Sawhney, acclaimed thought leader, author, and teacher at the Kellogg School of Management, Northwestern University. Our intent then was to understand what way will the e-commerce business in India go. He sounded uncannily prescient then when he dismissed the many pitches he’d hear often to build the “Amazon of India” or the “ebay of India”. 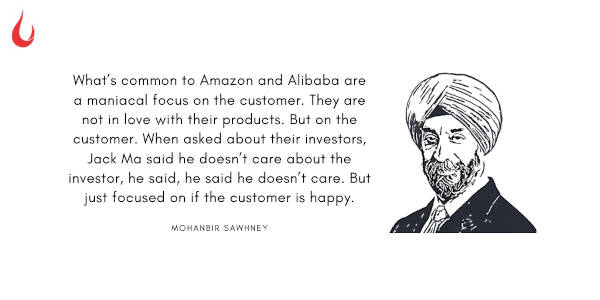 “Customize, don’t copy,” he advised. Else, he warned, it is a matter of time before entities seeking funds will perish.

But the people making pitches to venture capitalists had impeccable credentials, we told him. What is it we’re missing, we asked him. How does anyone sift the wheat from the chaff?

“Credentials are a proxy. It creates a pedigree for you. What pedigrees do is that it shows what hurdles you crossed and measures your intellectual capabilities. So, as a venture capitalist unfamiliar with India will look at these proxies. And I think it’s okay to look at these proxies. But the observation I have to make is that this is a necessary condition, but not a sufficient condition. Just because you are smart does not mean you are ethical, empathetic or humble.

“That said, I sympathise with VCs as well who are compelled to invest in those who have a pedigree because there is nothing else to go by in India. And this is not because there are no smart people in India. It is just that they haven’t spotted them yet. It is only a matter of time before they do and when they do, credentials won’t matter.”

Are there some immutable principles entrepreneurs must subscribe to? 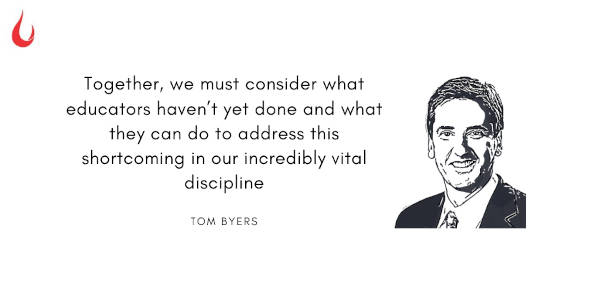 “Sometimes, they (students) ask about how they should navigate ethically difficult situations in the future when working at a startup, when investors bear down on them, when founders breach ethics and when a colleague behaves in an unprofessional manner.” Most people are ill-equipped to deal with such issues.

To understand how people may respond in the future and when under stress, he created a role-playing game in his class and asked a student to volunteer as a person called Randy Hess. Other students were assigned roles as auditors while he assumed the role of an unethical CEO.

“As the CEO, I would use various negative influence techniques. If necessary, I even threatened (falsely) to give the student a bad grade in the course. The environment in the class would become tense, and more often than not the ‘Randy Hess’ student relented. We would stop the case and talk about ways to protect yourself from the negative forces of influence and persuasion. They understood the importance of the conversation. The students had just seen how most everyone, even in role-play simulations, has a breaking point.”

Observations such as this compelled Byers to ask: Is it time to shift the way we think about the role of ethics in entrepreneurship education? Yes again. His case is that there are people such as Chi-Hua Chien, co-founder at LinkedIn and an active investor, who now insists on looking at a founder’s values as well, beyond the five critical risks of entrepreneurship—market, team, technology, product and business model.

And here’s something profound for the weekend. While it landed via WhatsApp, this was originally posted on Reddit. 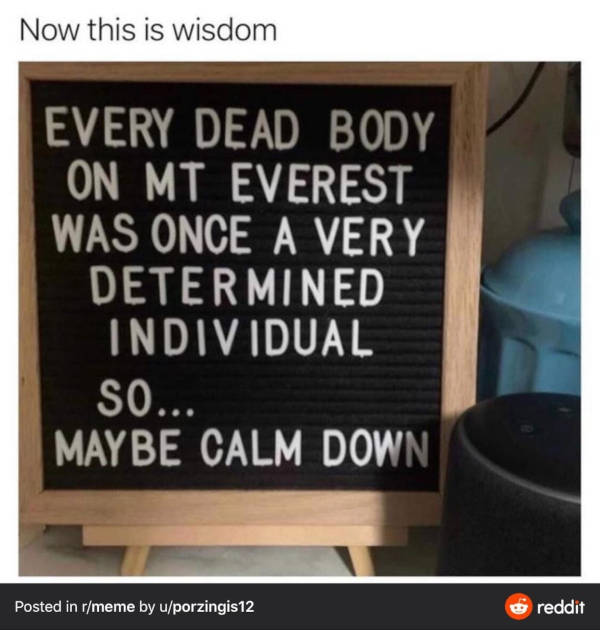 Is there some wisdom you may want to share with us over the weekend? Please do on our Slack channel.