This Week: Busyness is killing imagination and vision, India Vs Pakistan is not just cricket, debating without conflict, and humble inquiry 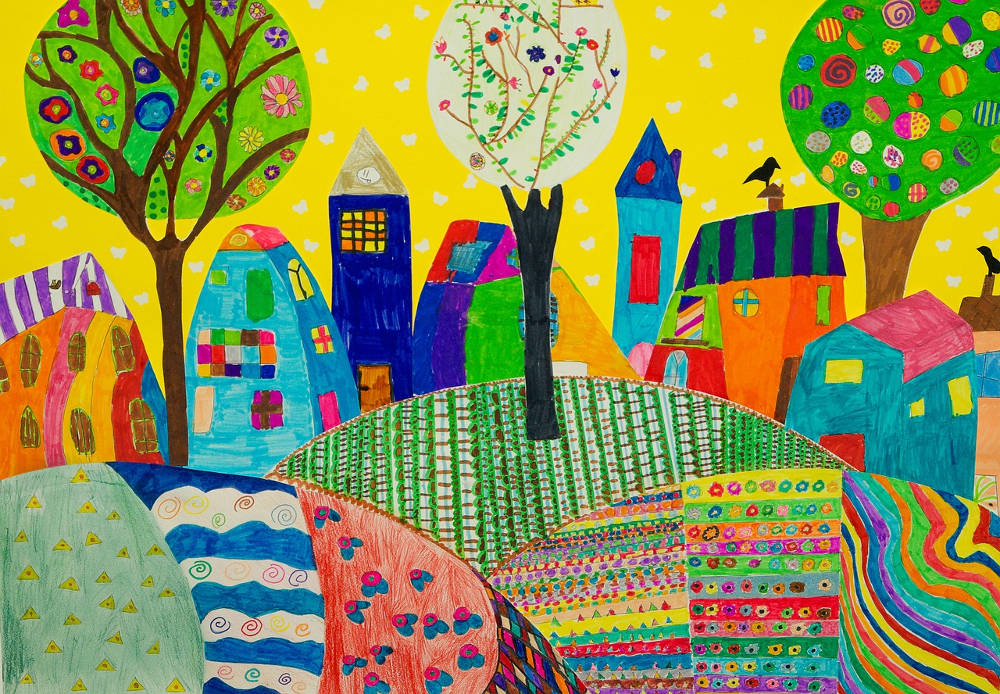 [By Jacqueline Macou under Creative Commons]

Here’s a challenge. Picture this. It is a late Mumbai evening. A father and his young daughter are immersed in their Lego set with busy hands and furrowed brows. Imagine a few pieces strewn on the floor, but most of the rest in a rapturous scatter across the dining table. At the edges of the table rest a set of bricks fused together vaguely resembling an assortment. A duck, a set of houses, a dog and another clutch of models that will get you to exclaim “What in God's name is this?”

That was our evening. A couple of weeks ago. My daughter and I.

It started with a challenge she threw at me: “Can you make an aeroplane?” Even as she immersed herself in making one. She built some fluffy thing with two floors and a flurry of orange with a tiny block on either side. She announced “Aeroplane!” with a flamboyance that would have put a Vijay Mallya to shame. I laughed and asked, “But where are the wings?” And added, “If it is an aeroplane, it has to have wings.”

Pat came the answer: “Appa, can you not imagine an aeroplane without wings?” And that was how we had gotten started. For the next two-three hours we stayed with our Lego bricks. Me getting many lessons on imagination and possibilities and she having a whale of a time with a cackle of laughter. It was the best two-three hours in a long time.

As children one of the best faculties we are all endowed with is imagination. Imagination cedes ground to certainty as we “grow up”. The valence to view the world with childlike curiosity decreases as more knowledge and experiences solidify our world view. Several of us go barren when we unconsciously unhook ourselves from grand possibilities and a fluidity that imagination brings.

The modern day tech-enabled world exacerbates the problem even further. Providing certainty, structure and predictability at the swipe of a finger, imagination has been an unseemly causality. Not that certainty or predictability are inherently bad. But when we cede all of our capacities for comfort with the grey to algorithm-induced “experiences”, something more than what’s apparent is lost. Our lives have patterns of busyness and routine, but the richness of imagining alternative possibilities fades. When entire societies are gripped with such busyness, we not only lose our rich lives, we destabilise our future.

Time and again, leaders—in business, public life, community development or wherever—who have brought about real change are people who imagined alternative futures and got their people galvanised with those possibilities. Their mastery comes from the capacity to sidestep the vast successes or gross limitations of that present moment and imagine an alternative future.

To me, imagination has always been about connecting the dots in the mind. Some connections happen in a jiffy while others require some thinking and deep reflection. But one thing is clear, more the dots in the mind, more the chances of play between the dots. The leaders that I know who use imagination to the hilt are those who invariably have a variety of interests. Most of them read widely. Others travel. All of them are great listeners and are perpetually curious. It has given them great success. While I intend to dwell on this topic in greater detail in the weeks ahead, may I invite you to reflect and talk to someone about these this week?

You see, being able to reflect, connect and have a dialogue are crucial pieces of the puzzle. The capacity to debate and dialogue without necessarily accepting a diametrically opposite point of view, is priceless.

By the way, I am reasonably sure that you have experienced the difficulty of having a conversation on any topic on social platforms. It begins well before it degenerates into fist fights and name calling.

This week my friend and colleague NS Ramnath, in his piece The Aadhaar debate: Is common ground possible? introduced me to Godwin’s law that had me chuckling. Godwin's law, I learnt, is an internet adage which states, “As an online discussion grows longer, the probability of comparison involving Hitler approaches 1.” I haven’t agreed more in a recent times! As always, Ram does a fantastic act of showing what needs to happen for a discussion to purposefully move forward: break the problem down into smaller bits to understand the nuances. The three questions he asks on the many facets of the debate (What are the arguments about? What do they say? How do we take it forward?) help move the discussion beyond the diatribe. Do give it a read.

I don’t miss Charles Assisi's pieces for nothing. For they often poke the mind to stretch at the horizons. Plus when he wove in “India Vs Pakistan” as a context to the angst pervading contemporary discourse, I couldn’t help but rustle out of bed and read the piece on a bigger screen. True to form, it is a rousing read that will take you on a journey from sport to artificial intelligence to social networks to William and Ariel Durant! And of course, has MS Dhoni and his gesture. Several questions stayed with me long after I finished reading his piece. Including a quote from Georg Hagel who said, “The only thing we learn from history is that we learn nothing from history.”

Making meaning from the cross-currents

Over the next few days I with my colleague CS Swaminathan will be facilitating a conversation on water. Hosted by the Bengaluru-based charitable foundation Arghyam, close to a 100 people with diverse points of views are coming together to discuss their journeys and ruffling their imagination on the future of water. Sans PowerPoint slides and key note addresses. We will rely on facilitated conversations and the prowess of the human mind to reflect and (re)imagine the future. Humble inquiry will be at its core, as we aim to get every voice heard and bring every remote corner to the front and centre of discussion. Wish us luck. After all, it is in our collective interest that we need more attention to water.

On that note, I say bye. Stay tuned.  Subscribe to our newsletter and give us a shout with your point of view. We would love to hear them. You never know what one spark can do to fuel imagination! 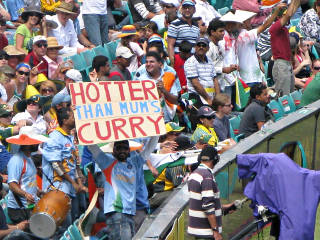 [By Matt Dawson under Creative Commons]

Pointers to why reside in political theory, evolutionary biology, the emergence of artificial intelligence and our failure to see it all, says Charles Assisi. (Read Time: 12 mins) 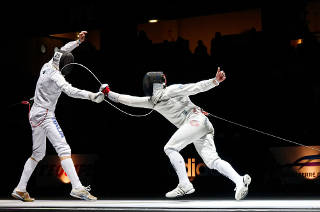 Discussions on Aadhaar often descend into shouting matches. One way to make progress is to break it down into smaller bits to understand the nuances, says NS Ramnath. (Read Time: 8 mins) 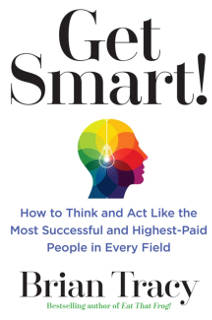 Think long term, plan for success based on real facts, and have clear goals, says Brian Tracy in his book ‘Get Smart!: How to Think and Act Like the Most Successful and Highest-Paid People in Every Field’. D Shivakumar distils insights from the book. (Read Time: 6 mins)

Why leaders need to ask, not tell

Leaders need to learn how to engage everyone, especially young minds, in co-creating the future. The failure to do so can lead to widespread disillusionment and widen the generational gap, says Indrajit Gupta. 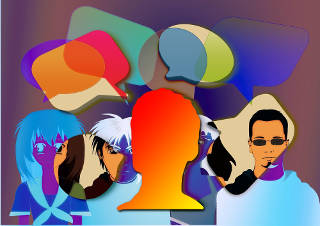 [By geralt under Creative Commons]

It is for several reasons that I am reminded of this article by Indrajit Gupta. One reason is the contextual relevance it has to the pieces from Ram and Charles mentioned earlier. Being able to ask the right question and staying curious can spark off a rich conversation. Indrajit’s article is so lucid and powerful that I have read it a few times over and recommended it to several people.

Humble Inquiry: The Gentle Art of Asking Instead of Telling by Edgar Schein 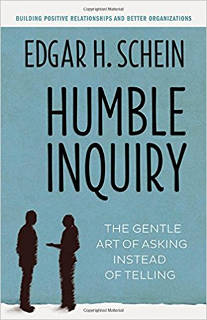 Indrajit’s article ‘Why leaders need to ask, not tell’, also draws reference to this awesome book. It is a simple, concise, yet powerful book. A book that our present day needs so much. Edgar Schein’s wisdom peppered with examples and stories lends itself well for both imagination and action. If there is only one book you can read this week, let it be this one. 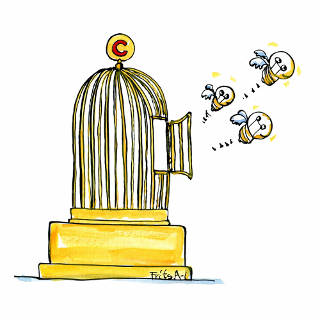