Charles Assisi is an award-winning journalist with two decades of experience to back him. He is co-founder and director at Founding Fuel, and co-author of the book The Aadhaar Effect. He also wrote a weekly column under the slug Life Hacks in Mint, India's most influential business newspaper. He is vocal in his views on journalism and what shape it ought to take in India. He speaks on the theme at various forums and is often invited by various organizations to teach their teams how to write. 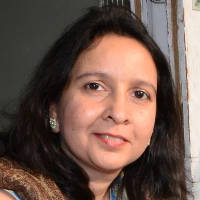 A technology and business journalist, Sveta has worked at some of the best newsrooms in the country. She was part of the founding teams at CHIP and Forbes India. Her last assignment was as News Editor at Mint, India’s most influential business newspaper. Before that, she put in a stint at The Times of India as well.

She graduated in History with Honours from Lady Shri Ram College, Delhi University and remains a history buff. Other interests include environment, culture, photography and science.

Sveta is currently based in Noida. She has lived and worked for many years in Mumbai as well. In her spare time you can find her poring over a book, exploring Delhi, and shooting a multitude of bad pictures (not at the same time).

Indrajit Gupta has seen media from three different sides: first, as an advertising professional at JWT, as a media space-seller at The Times of India’s Response department, but his biggest high has undoubtedly been in his role as journalist, editor and columnist at some of the country’s leading newsrooms like Business Standard, Businessworld, The Times of India, The Economic Times and finally, as the Founding Editor of Forbes India.

After graduating from the SP Jain Institute of Management and Research, Gupta joined advertising, before switching over to business journalism, around the time India was opening up its markets in the first flush of liberalisation in the early nineties. Gupta edited The Strategist, a management and marketing supplement from the Business Standard stable and wrote a column Strategic Intent for the paper’s prestigious edit page. At his next assignment at Businessworld, Gupta was part of the leadership team that transformed the weekly magazine from an also-ran to the largest selling magazine of the new economy.

In 2005, when the big newspaper wars broke out, Gupta was invited to join as the National Business Editor of The Times of India, based in Mumbai. Once the intensity of the battles ebbed, he was asked to take charge as the Resident Editor of The Economic Times. In both the assignments, he was involved in a big editorial revamp, hiring new staff and building renewed purpose in the newsroom.

In 2008, Gupta was invited to set up the Indian edition of the global business magazine, Forbes. He put together one of the best magazine teams in the business, co-created the strategy and laid the foundation for a highly credible, in-depth and engaging brand of magazine journalism. In four years, Forbes India became the clear leader in the business magazine space, displacing incumbents who had been around for several decades.

Gupta’s next big, hairy, audacious goal is to disrupt the digital media and learning space. He and his co-founders have worked hard to give shape to a new venture that is built around a Big Idea: entrepreneurship. Gupta believes entrepreneurship has the potential to transform India over the next ten years. In his mind, the concept is far bigger than the narrow definitions - start-ups, family managed businesses-- that are often ascribed to it. The new rules of business demands, first and foremost, an entrepreneurial mind-set. Using a combination of digital media and learning tools, Gupta believes it is possible to develop and serve an influential community, committed to creating wealth and jobs and seizing the opportunities that India has to offer.

He is a regular speaker at industry conferences. He has taught at his alma mater SP Jain and at Jamnalal Bajaj, and loves mentoring young talent. He has a reputation for building purposeful organisations and is seen as a credible leader in the media space.

He lives and works in Mumbai, and is married with two young, school-going daughters. 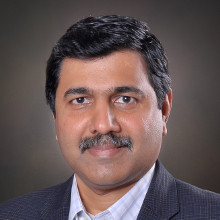 C S Swaminathan (Swami) is co-founder and director at Founding Fuel. In addition to contributing to the overall direction, Swami will focus on customer engagement, marketing, technology and analytics. In the past he has put in stints as management consultant at PricewaterhouseCoopers, a global technology practice leader with Wipro Technologies and a business leader of online learning company - Pearson Education.

Swami is very interested in issues related to the environment, sustainability and learning. He reads extensively in the areas of business, management and technology and has been a speaker on these topics at events in India and USA.