An engineering college boom built on a foundation of dysfunction

By the middle of 2015, things became dire for Odisha’s private engineering colleges. Of the state’s 46,000 engineering seats, as many as 30,000 were vacant. In this excerpt from his book ‘Despite the State’, M Rajshekhar tells the story of the boom and bust—in which the students and staff were the only losers 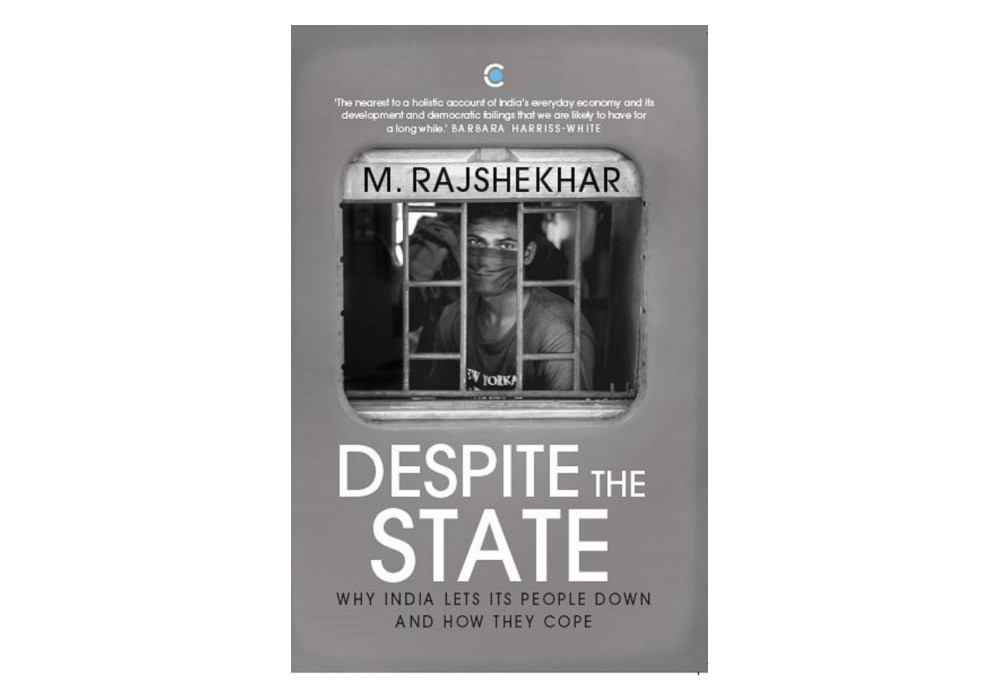 In 2010, Bijay Mohanty* quit his low-paying job of Rs 20,000 a month with an IT company and hopped over to the Kruttika Institute of Technical Education (KITE), a new engineering college coming up in the outskirts of Bhubaneswar, the capital of Odisha. The twenty-seven-year-old was moving from a field with low gains to a sector seeing exponential growth. Indeed, till 2000, Odisha had just five private engineering colleges. Over the next ten years, as though a genie with a fondness for engineering colleges had been uncorked, ninety more sprung up. As many as sixty of these came up in Bhubaneswar alone.

Even today, when I look at the transcript of my conversation with Mohanty, I find the numbers scarcely believable. ‘In 2008, twenty-five new engineering colleges opened. The next year, another twenty-five or thirty colleges followed,’ he had said. One reason lay in the students. Attracted by the growth in Odisha’s mining sector and seeing in it the prospect of steady employment and an escape into affluence, demand for engineering education soared in the state through the 2000s. A second reason lay elsewhere: in the circulation of profits from the iron ore boom.

Once those benefiting from the mining boom decided to invest in land, Soumya Ranjan Patnaik, a former MLA and editor of Odiya newspaper Sambad, told me, they gravitated towards education. It was smart thinking. Land buys could convert black money into white—the initial payment could be made using unaccounted funds, but its subsequent value could be shown as legal. Colleges, apart from conferring respectability, also generated revenues, which opened up bank funding. Additionally, revenues from the college could be used to repay bank loans.

Within education, funding flowed where investments were low and returns high. Which is why Odisha saw a boom in engineering but not medical colleges. The latter would need parallel investment in hospitals as well. In contrast, the economics of engineering colleges seemed more compelling. One evening, another faculty member at KITE walked me through the thinking at work. ‘In Odisha, an engineering college with an annual intake of 300 students can sell 30 of those seats as management quota every year,’ he said. ‘If a college charges Rs 8 lakh, it will make Rs 2.4 crore each year. In addition, all 300 students pay Rs 50,000 as annual fees. Which is another Rs 1.5 crore.’ That is a total of Rs 3.9 crore from the first-year students alone. Add fees from the students of the second, third and fourth years, and the college would make another Rs 4.5 crore. ‘A college investing Rs 10 crore in a campus will recover that money in a little over a year.’

Things went well for these colleges till 2009. Land banks in the guise of education, they invested little in teaching. In 2003–2004, Satpathy conducted interviews through which lecturers were hired on salaries for Rs 2,000–Rs 4,000 a month. As per the norms of the All India Council for Technical Education, ‘engineering colleges are supposed to have a ratio of one teacher for every ten students,’ he said. ‘Better colleges have one for every eight. But here, the norm was one teacher for every thirty to thirty-five students.’

And then, as the iron ore boom ended, the flow of funds into the sector as well as the number of students fell. In 2009–2010, about 22,000 students had enrolled for engineering courses. That year, however, just 5,000 of the graduating students got jobs. As word spread, enrolments dropped. Some colleges started paying HR departments at companies to hire their students for six months; they could be fired later. By the middle of 2015, things were dire. Of the state’s 46,000 engineering seats, as many as 30,000 were vacant. Twenty colleges had failed to reach even ‘double digits’ in student enrolment.

The educationists responded by slashing costs. Some stopped paying teachers. Employees of the Bhadrak Institute of Engineering and Technology, without pay for four months, went on strike in the town of Baripada in early 2015. Crude bombs were thrown at them, allegedly at the behest of college authorities, during the fifth month of their strike.

Marvelling at this chaos, I contacted Bijay Mohanty. He had joined an engineering colleges’ employees association set up to fight for the rights of teachers and students. On the drive to the KITE campus on the outskirts of Bhubaneswar in August 2015, he painted a bleak picture of these colleges after the bust. College managements were grubbing around for students, many having appointed brokers for this. Others had told teachers not to show up for the next semester if they were unable to find students. ‘The auto-flow is zero,’ Mohanty said, referring to the number of students who approached colleges on their own. ‘Enrolments happen only with marketing.’ To keep costs low, only junior faculty were hired.

Even with that prelude, KITE was a shock. It had garnered 30 students in 2015 instead of the targeted 300. Its promoter, a builder, had stopped investing. It showed. The college functioned out of a half-built red-and-cream building with iron rebar bristling from its top. The lobby stood unfinished, open to the elements, its girders exposed, with dark stains of mildew. Just as unfinished was the water fountain in the front—a square pit filled with rainwater, with the local white-topped kasatandi, a wild grass, growing around it. The library was housed in a large hall that was almost entirely empty. Bookshelves stood at the far end, forming a small rectangle that had six bookshelves running its length and four running its width. Peering into one classroom, I saw thin, nervous-looking students occupying the first four or so rows of a large lecture hall. Two new professors had joined work that day. Newly minted graduates themselves, both were twenty-two years old, and their starting salary was Rs 8,000 a month. Mohanty was desperate to get out. ‘I’m thinking of working on SAP [a software]. I think I’ll go to Delhi and look for work.’

Amidst this meltdown, the state government sided with college promoters, not the students. As enrolment fell, private colleges successfully lobbied for measures that broadened the pool of eligible students. The eligibility percentage for engineering entrance exams was lowered. Promoters also got the state to resume its own Joint Entrance Exam, which was less rigorous than the All India Joint Entrance Exam for engineering colleges. These measures, said Satpathy, weakened the quality of education further. ‘This is not quality. It is kwality. Give money, take ice cream.’

One reason for this cavalier attitude of the state lay in the ownership of these institutions. The college at Baripada, whose employees had gone on strike, was linked to MLA Prafulla Samal. His son was its chairperson. Or take Soumya Ranjan Patnaik. He was the chairperson of the KMBB College of Engineering and Technology.

This construct engendered clear winners and losers. The miners, businesspeople and politicians who set up colleges had their bottom lines protected. Even if the institution collapsed, the real estate it squatted on would accrete value. The building itself could be repurposed.* As Satpathy said, ‘KITE? It will be a hotel someday. Or a godown.’ Students fared less well. Engineering graduates were sitting for bank entrance exams. Some had given up on education itself. One refrain came up often in Bhubaneswar. ‘What is the use of spending Rs 4 lakh and four years to get a job which earns you Rs 8,000 a month? I’m better off buying a tempo.’

Buy this book on Amazon.

(Excerpted with permission from ‘Despite The State: Why India Lets Its People Down And How They Cope' by M. Rajshekhar, published by Westland Publications (Imprint: Context) January 2021.)

Appears the politicians from Orissa have come late to this party. They are a bit behind the curve, this model has been maxed out by the more enterprising folks in Tamil Nadu, Karnataka, Andhra and Telengana 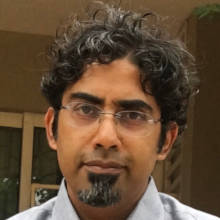 M. Rajshekhar started his career as a business reporter in 1997. He began reporting on environmental issues as a freelance journalist in 2005. After a brief stint with the World Bank, an MA at the University of Sussex, and two years of independent research—spent studying the village-level impact of an agribusiness model in central India and the drafting process which produced India’s Forest Rights Act—he joined the Economic Times to report on rural India and environment in 2010. During this period, he won two Shriram Awards for Excellence in Financial Journalism (2013 and 2014).

He joined Scroll.in in 2015 to do a thirty-three-month-long reporting project, Ear to the Ground, which became the substrate for his recently launched book, Despite the State. This series won the Ramnath Goenka Excellence in Journalism Award (2015), the Bala Kailasam Memorial Award (2016), and two more Shriram Awards for Excellence in Financial Journalism (2015 and 2016).

He now writes on energy, environment, climate change, political corruption and oligarchy. His reportage can be found at www.mrajshekhar.in.