FF Daily #294: Charlie Munger on the advantage of scale 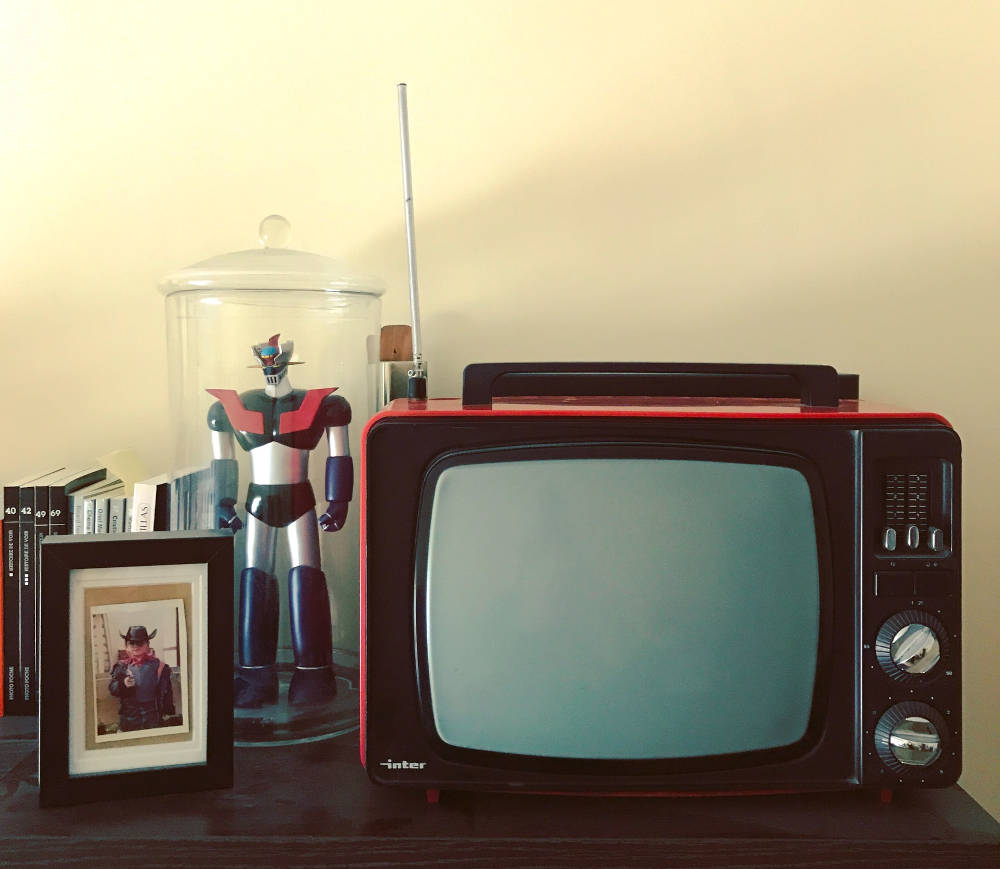 [Photo by Alberto Contreras on Unsplash]

If there is one place to find much wisdom distilled into one volume, it is Poor Charlie’s Almanack: The Wit and Wisdom of Charles T Munger, vice chairman of Berkshire Hathaway and Warren Buffet’s partner. There are nuggets that stand the test of time. Take this one for instance that places advantage of scale into perspective.

“[Y]ou can get advantages of scale from TV advertising. When TV advertising first arrived—when talking colour pictures first came into our living rooms—it was an unbelievably powerful thing. And in the early days, we had three networks that had whatever it was—say 90% of the audience.

“Well, if you were Procter & Gamble, you could afford to use this new method of advertising. You could afford the very expensive cost of network television because you were selling so damn many cans and bottles. Some little guy couldn't. And there was no way of buying it in part. Therefore, he couldn't use it. In effect, if you didn't have a big volume, you couldn't use network TV advertising—which was the most effective technique.

“And your advantage of scale can be an informational advantage. If I go to some remote place, I may see Wrigley chewing gum alongside Glotz's chewing gum. Well, I know that Wrigley is a satisfactory product, whereas I don't know anything about Glotz's. So if one is $.40 and the other is $.30, am I going to take something I don't know and put it in my mouth—which is a pretty personal place, after all—for a lousy dime?

“So, in effect, Wrigley, simply by being so well known, has advantages of scale—what you might call an informational advantage. Everyone is influenced by what others do and approve… All told, your advantages can add up to one tough moat.”

The value of good governance

Over the weekend, our co-founder Indrajit Gupta moderated a conversation on the theme of entrepreneurship and corporate governance, hosted by the Ashoka Investments Club at Ashoka University. It was live streamed on Facebook and had Sanjeev Bikhchandani, co-founder and vice chairman of Info Edge, Amit Tandon, founder and managing director of Institutional Investor Advisory Services (IiAS), a leading proxy advisory firm, and Sandeep Hasurkar, investment banker and the author of Never Too Big to Fail: The Collapse of IL&FS. 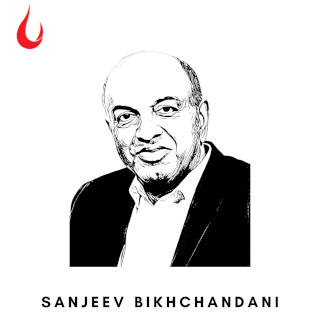 “My auditor told me that they (my auditors) and the independent directors were there to save me from myself.”

Bikhchandani was quick off the block to point out that if the promoter at an entity decides to take shortcuts, smug in the comfort that no one will come to know, you never know what can happen.

By way of examples, he said, “What started out as a small activity in Satyam ballooned into something major. If you go back to 1992, what happened on the stock markets, started out as a small scam that went out of hand and grew into something major with 15-20 people. So, fundamentally, it lies in the promoter’s head. If they are clear about their path and it is pointed out to them that the company is deviating from its path, they will come back.

“Second, no board, no auditor, has full access to all transactions. What they see are only samples. If you are a clever promoter, you can hide dubious transactions. This is something people know about. And I have witnessed first hand that investors are willing to pay a 25% premium because of good governance. So, forget about good governance and ethics for everything else. It makes economic sense.”

Many Americans are familiar with John Gardner, a teacher and mentor to thought leaders in that part of the world. He played a significant role in shaping public policy in the US. His intellectual presence straddled domains as diverse as education, healthcare and civil rights. That is also why we think the time invested reading his talks delivered on themes such as self-renewal are an absolute must—such as this one delivered at McKinsey & Co in 1990. 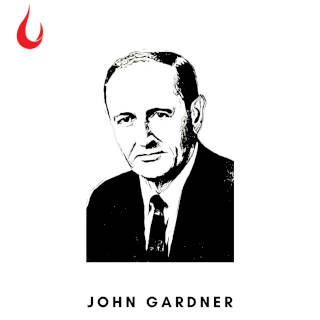 “I've concluded that most people enjoy learning and growing.”

“There's a myth that learning is for young people. But as the proverb says, ‘It's what you learn after you know it all that counts.’ The middle years are great, great learning years. Even the years past the middle years. I took on a new job after my 77th birthday—and I'm still learning.

“Learn all your life. Learn from your failures. Learn from your successes, When you hit a spell of trouble, ask ‘What is it trying to teach me?’ The lessons aren't always happy ones, but they keep coming. It isn't a bad idea to pause occasionally for an inward look. By midlife, most of us are accomplished fugitives from ourselves.

“We learn from our jobs, from our friends and families. We learn by accepting the commitments of life, by playing the roles that life hands us (not necessarily the roles we would have chosen). We learn by growing older, by suffering, by loving, by bearing with the things we can't change, by taking risks.

“The things you learn in maturity aren't simple things such as acquiring information and skills. You learn not to engage in self-destructive behaviour. You learn not to burn up energy in anxiety. You discover how to manage your tensions, if you have any, which you do. You learn that self-pity and resentment are among the most toxic of drugs. You find that the world loves talent, but pays off on character.

“You come to understand that most people are neither for you nor against you, they are thinking about themselves. You learn that no matter how hard you try to please, some people in this world are not going to love you, a lesson that is at first troubling and then really quite relaxing.

“Those are things that are hard to learn early in life. As a rule you have to have picked up some mileage and some dents in your fenders before you understand. As Norman Douglas said, ‘There are some things you can't learn from others. You have to pass through the fire.'” 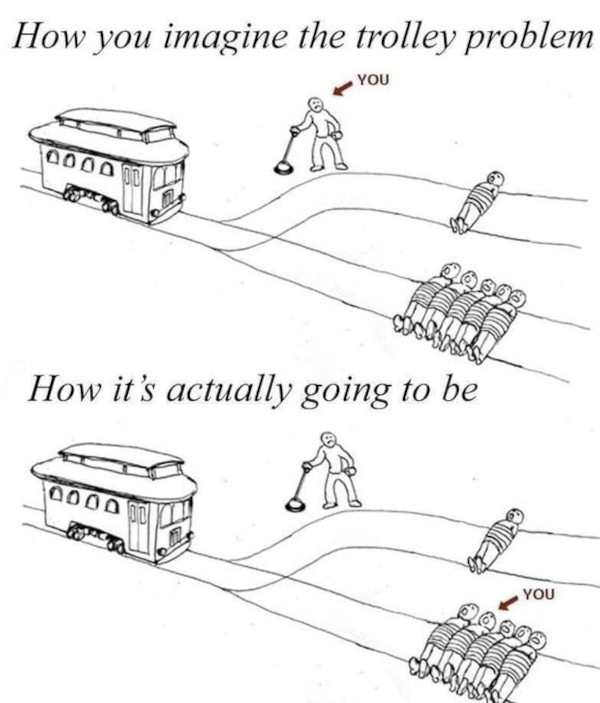 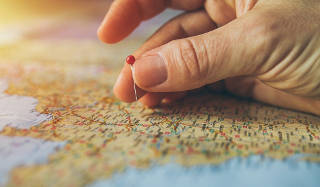 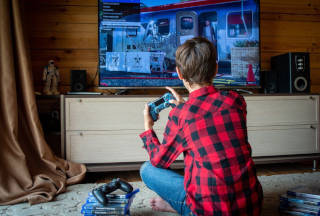