September 4, 2022: Great conversations that weave together a fuller picture of the times we live in, in its multiple dimensions—politics, economy, business, sports, music, and the spiritual mind 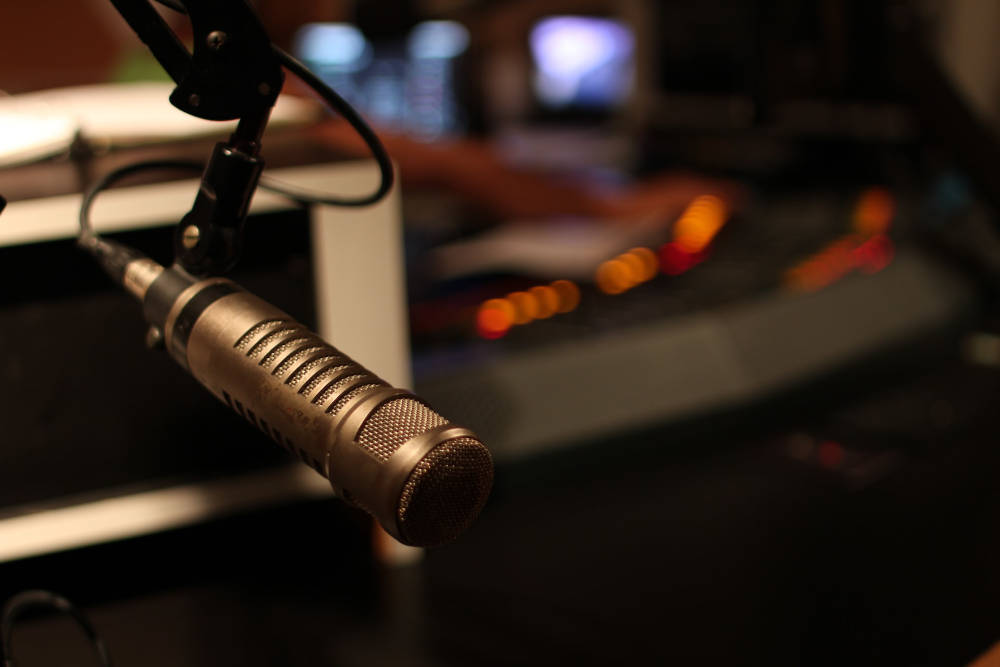 A few weeks ago, when P Thiaga Rajan (or PTR as he is popularly called), the finance minister of Tamil Nadu, was interviewed by Karan Thapar on The Wire, we got into an animated debate. Was that a good interview or not? While the minister came across as a man on top of his subject and Thapar had researched his subject well, opinions were divided. Some of us thought it was a terrific interview; others argued it wasn’t. That compelled us to discuss what makes for a great interview?

All of us agreed a few threads bind great interviews.

When looked at from these perspectives, we agreed that while Thapar’s interview with PTR was a terrific one, it will not go down as a great one. So, where are the great ones? To find out, we asked people from the Founding Fuel network to share interviews they think are great. A truckload of recommendations from over the decades hit our inboxes and we started to binge-watch.

While most of it is outstanding, we thought it only apt we stick with ten.

Here’s the playlist of all the 10 interviews from our YouTube channel.

We hope you will enjoy these conversations as much as we did!

Context: This interview with JRD Tata, known to all Indians as a businessman, cuts across an arc that spans business, politics, and what it takes to craft and hold on to a personal philosophy against all odds. JRD Tata has stories to share of his interactions with people such as Pandit Jawaharlal Nehru and their friendship and spats that spanned decades, what it meant to him personally when the government under Morarjee Desai decided to privatise Air India and his impressions of Indira Gandhi.

Why you should watch: When the legendary JRD Tata tells Rajiv Mehrotra that “I don’t think I have done anything or created anything. I inherited the situation. I inherited the Tatas in 1926 from my father. From thereon until now, there was a good team. I was made a director by Sir Dorabjee, my senior, and somewhat prematurely I think,” he has our attention. He talks about much that includes their differing ideas of socialism and points out how the, “Tatas are socialistic. Jamshedpur is an example… We were the first in the world to implement an eight-hour day.” This isn’t just another interview, but time well invested with a fine mind.

Context: It is one thing to witness an artist perform. But to get into their minds and understand what makes them tick is another thing altogether. Thanks to Karan Thapar’s deep research and questions at just the right time, he manages to draw our Ustad Vilayat Khan to share a deeply personal narrative. What emerges is not just another interview, but the story of how a nine-year old kid was left traumatised when his legendary father died. He goes on to talk about his life-long quest to study music and why he continues to be a learner.

Why you should watch: While Ustad Vilayat Khan was described as the greatest sitar player of his generation, he had acquired a reputation of being a moody man. How? And why does he believe he isn’t great, but insists on being treated in a special way? Incidentally, why does a Rajput Hindu born on Janmashtami who was named something else choose to be called Vilayat Khan? He reveals all in this interview—including his real name.

Context: The quiet, unassuming Vishy, as he is called, is considered one of India’s all-time greatest batsmen. Yet somehow he disappeared from public memory. He seldom got the same attention accorded to his brother-in-law and batting stalwart Sunil Gavaskar. Shekhar Gupta’s Off the Cuff show relives stories from Vishy’s 2022 book Wrist Assured, which provides a peek into his cricketing journey.

Why you should watch: Vishy shares fascinating anecdotes from Indian and world cricket in the sixties and seventies. Like, the secret behind his famous wristy square cut, his 97 not out against the formidable West Indian pace attack led by Andy Roberts at Chepauk in ‘75 and his relationship with captain Pataudi. For a cricketing buff, it is pure gold dust.

Context: This conversation with well-known American TV host was Nehru’s last significant interview a few weeks before his death on May 27, 1964.

Why you should watch: A year ago, China had invaded India. Nehru was criticised for his blunder in misreading the designs of the Chinese. It left him a broken man. And It shows up in his body language in this interview. Despite all that, the interview offers glimpses of his statesman-like quality and his vision for India’s place in the world. Nehru explains his reluctance to stop crucial food supplies to China even after the aggression or his decision to support their membership to the UN.

Context: This conversation builds on some of the most provocative themes from Barkha Dutt’s 2016 book The Unquiet Land, which, according to The Hindu, investigates “some of the fault lines that have consumed India over four decades.”

Why you should watch: On the face of it, the idea of a role reversal—with Chidambaram taking on the anchor’s role—might seem somewhat gimmicky. But in reality, it worked like magic. The two spar over the seminal events of 26/11, the Nirbhaya rape, the government’s response to the Naxal movement and even marital rape. And it also surfaces the contrasting perspectives—and the nuances—that often get lost in today’s TV debates.

Context: This is an episode from Ek Din Ek Jeevan (One Day in the Life), a weekly Hindi show for Star Plus, anchored by Tavleen Singh, which started in 1990.

Why you should watch: This memorable interview with the silver tongued former Prime Minister, who was elected ten times to Lok Sabha and twice to the Rajya Sabha, has many nuggets. He was upset with the Babri Masjid demolition. Singh asks him if he is so unhappy with what happened, why did he not leave the BJP. The quintessential poet, Vajpayee replies in the words of the famous song, “Jaayein, to jaayein kahaan (Where should i go?). The story of his run-ins with Pandit Nehru in his first term in the Lok Sabha are equally entertaining.

Context: The Congress party is at its weakest. Many leaders have quit, the latest being Ghulam Nabi Azad. Manish Tewari, a 42-year Congress veteran who has been taking positions contrary to the Party’s stand, talks about what's happening in the party—and some larger trends in the country.

Why you should listen: Tiwari offers a big-picture perspective on the Congress’s troubles and the threats India faces from within and from outside.

The Congress has been losing the states long before Sonia Gandhi’s presidency. It is unable to find its feet now, but then, Indian voters tend to give governments time, he says.

In the same vein, one can’t blame the BJP/RSS alone for the rising social disharmony. That phenomenon has coincided with the rise of social media since 2010. We have to ask as a society, was there so much bottled-up anger that we all became broadcasters without restraint? Then there’s China. On the borders, it is redrawing facts on the ground. And it is at the centre of the landmass of nuclear powers—stretching from North Korea to Iran—that India contronts. But India has a golden opportunity to counter China’s influence in Asia.

Context: The interview took place in the run up to India’s 75th Independence Day this year. Ruchir Sharma, chairman of Rockefeller International and founder and chief investment officer of Breakout Capital, an investment firm focused on emerging markets, reviews how India fared since its independence. He is also author of four books including Breakout Nations, Democracy on the Road, and most recently, The 10 Rules of Successful Nations.

Why you should watch: Ruchir Sharma brings in years of experience as an investor and author who can weave in numbers and narratives to share his unique take on economy and society. The conversation effectively uses charts and builds on them. For example, while comparing divergent growth paths of China and India, he offers this fascinating datapoint that captures the former’s radical shift to capitalism. In the 1990s it fired 90 million people from inefficient state-owned sectors, who were eventually absorbed by the private sector.

Context: The interview took place in 2014, the year of parliamentary elections that had far reaching consequences. This interview did a lot to shape both India's impression of Rahul and possibly ruined his chances of beating the BJP and Narendra Modi in that election. It's an impression that prevails to this day.

Why you should watch: Interviews do much to shape impressions of people, especially when faced with someone shrewd, intelligent, and hostile like Arnab. And Rahul himself faltered often. When asked if he was avoiding a direct face off with Narendra Modi he switched to referring to himself in third person. Rahul never recovered from this till date.

Context: Swami Ranganathananda (1908 – 2005) was the head of Ramakrishna Math and Mission and represented the best of India's spiritual wisdom and tradition. When India conferred Padma Vibhushan, the second highest civilian award, on him in 2000, he declined because it was given to him and not to the Mission. The interviewer Rajiv Mehrotra considered himself a student of Swami Ranganathananda and has written a biography of Sri Ramakrishna.

Why you should watch: The whole interview is packed with practical wisdom, and is very relevant in today's polarised times. To a question on being international, Swami Ranganathanda underlines the importance of being rooted for spreading out, like a tree. A good Indian will also be a good international citizen. The key is to understand that the divinity within makes us all one and the same.