Getting The Funding Piece Right 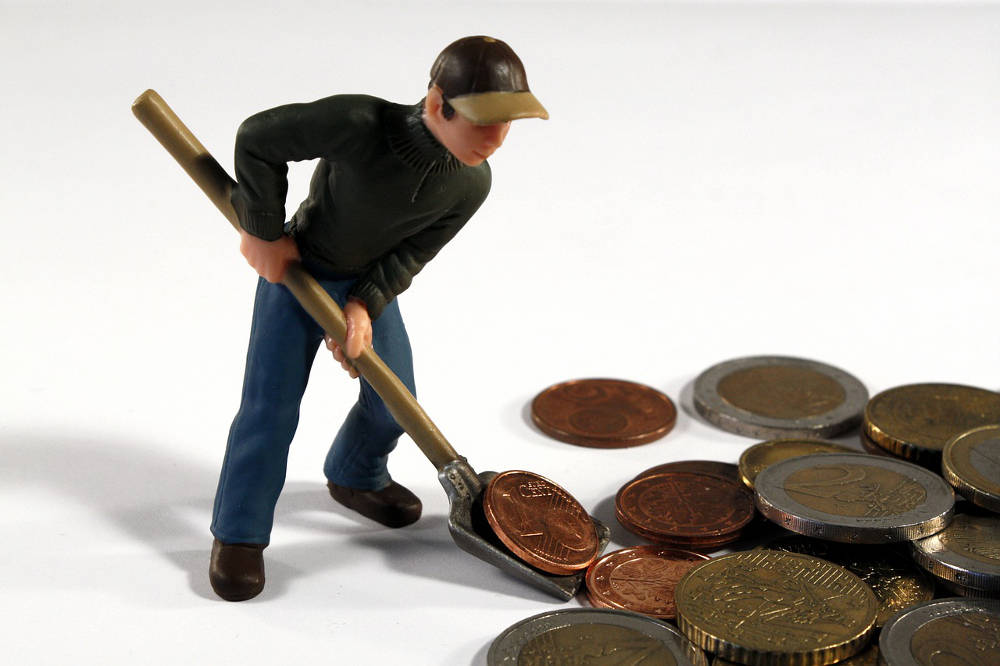 “As a first-gen entrepreneur and professional by training, I have become contemptuous of the local investor community—it uses a cookie cutter approach with very limited imagination. They would rather blow their cash on an app (without proof of concept) than on a good service model that has growth potential. We pretend in India to be like the Silicon Valley guys, but we don't really have the b****s!”

This was the explosive start to a mail I received recently from an obviously frustrated entrepreneur. The irony is apparent. As Govind (not his real name) struggles to raise a few crores to scale up his business, thousands of crores have been pouring into e-commerce and asset-light technology-driven businesses patterned on an Uber or an Airbnb. While it is possible that some of these new models will become big in India, the fact is that many of the individual companies funded will crash as each model is likely to witness only two or three big winners.

Govind is not alone. Other types of new ventures are facing similar problems. A recent article in Mint points out that dozens of innovation-driven tech start-ups are struggling to raise money to take their businesses to the next level.

Over the years, at the aggregate level, there has been a substantial increase in the funds available to Indian businesses from private equity and venture capital. Today, large international funds have an Indian presence. Though there are frequent murmurs about the vagaries of the Indian taxation system, billions of dollars of venture capital/private equity investment have been pouring into India.

But I wonder whether these are the only type of investors we should be seeking. The classical venture capital model is predicated on seven-eight of every 10 investments tanking, one-two having some moderate success, but huge returns on one in 10 investments that make up for the poor returns on the others. Recent reports speak about blurring of lines between private equity (which typically comes in at a later stage) and venture capital as everyone wants to be at the party.

Govind ended his mail with:

“I think investors must look at roping in domain experts (beyond their own borders) so that they develop in-depth understanding of these sectors. I think the challenge in India is that the people facilitating investments are not themselves entrepreneurs (or led by entrepreneurs) in many instances—so they are risk averse (a bean counter mindset) and exhibit a herd mentality (apps are the new sunshine).”

How do we catalyze such investments by domain experts? Here the role of seed capital for new funds comes in. Israel’s famous Yozma model which brought into that country highly accomplished tech investors with substantial operating experience has been around as a role model for a couple of decades. It’s good to see that we have finally realized the value of Yozma.

In its quest for growth and employment, the current government has actively embraced a pro-start-up stance. One of its initiatives is the recently announced India Aspiration Fund (IAF) built on the Yozma concept. IAF is conceptualized as a “fund of funds” and will invest in venture capital firms, not directly in enterprises. I am hoping that the government will ensure that its 2,000 crores is well-distributed across investments in different sectors and business models.

But even the IAF will not be able to meet the needs of all types of firms. I often come across business ideas that have moderate risks with moderate returns that don’t fit the profile a typical venture capitalist is looking for. Unfortunately, these firms lack the assets that could be offered as collateral security. Our already risk-averse banks are now focused on addressing a huge problem of non-performing assets (NPAs), so it’s unlikely that they would be very enthused to fund such businesses anytime soon.

From Creative Confidence to Investment Confidence

Much has been written and debated about the recent criticism by Infosys founder NR Narayana Murthy that India has not been the source of major inventions in the decades since independence. While there has been a tendency to blame our scientists and engineers or the government, I would lay some of the blame on our financial system as well. Creative inventors with creative ideas need creative capital!

Herd behaviour or what organization theorists would call isomorphism is not uncommon as a risk mitigation strategy. But, as a student of strategy, I would back distinctiveness any day. Doing whatever everyone else is doing can’t create a distinctive competitive advantage and that is true for investment firms as well.

And, finally, some Bigger Questions

Sometimes, I wonder whether there is a fallacy in basic economic theory. For, Economics tells us that in an efficient market, investments will go into the most productive applications. But, is driving consumerism or bringing more taxis onto India’s already jam-packed roads the best use of money?

In the adoption of technology or new business models, India tends to imitate the West with a lag. But, given that our needs are so different, does that really make sense?

Not so long ago, there was a lot of interest in innovation at the bottom of the pyramid, and so-called frugal innovation. These were seen as critical to solving the myriad social problems that India faces. But now these have been displaced, at least from media glare, by the stratospheric valuations of online food or grocery stores. It would be a mistake to lose sight of the importance of these innovations and we need to find ways of continuing to support and nurture enterprises built around them.

In many cases, these enterprises are social enterprises with positive societal externalities. The National Innovation Council under the previous government had a plan to create an India Inclusive Innovation Fund to support such enterprises. I hope this idea is not lost in the noise and excitement that we are seeing today.

[These are the personal views of the author.]

Govind is being very naive. It's easy to blame investors for being short-sighted, but the truth is that more startups fold and investors lose their money. I wonder what his approach would be if it were his money on the line ?

its true but reaching funders for a real grass root level entrepreneurs is next to impossible, the rules of the game are not clear. And I see that some of the entrepreneur are working only to get funding and really able to generate money organically, I guess a real entrepreneur should be able to make money out of nothing and without selling his business

I completely agree with the creative finance for creative ideas.

However, as far as remarks on Uber /Ola (without naming them) are concerned, physical mobility on privately owned or hired vehicles will be the transitory innovation till public systems are built.

This point also aside, the practicality of finding a innovator being the investor is the toughest idea being suggested here. I have always felt, as an onlooker though, that right people in the business operations and decision making positions are more important than funding. Today funding is synonymous with valuation race that is being played out like those tiny videos that loop over infinitely.

The Yozma model of India will require a huge investment (not only finance) in skilling and scaling the human resources. The incubators across India have suddenly got out of news and the new poster boys are Engineers/MBAs/CFAs/CAs emulating the popular models that can quickly go up the valuation ladder and sit atop while the investor are busy holding the shaky ladder not allowing any other method to scale up the wall.