Holacracy and its discontents

Is Holacracy and the boss-less company the next big thing? 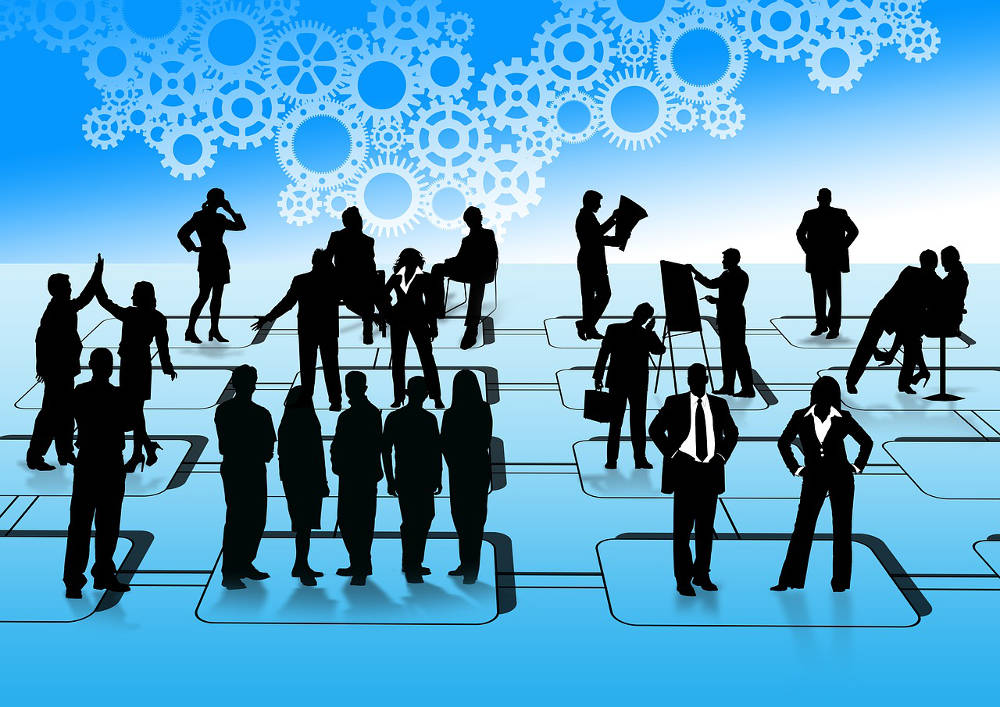 Developments in technology have always led sooner or later to changes in management practices. Papyrus and writing made the first empires possible, and the telegraph and telephone later gave the modern corporation its central nervous system. As digitalization changes the nature of our work, it’s not so wild to imagine management will change too.

One answer may be Holacracy, a trademarked management system designed by former programmer Brian J. Robertson. Using what he describes as “a new social technology,” Robertson and his firm, HolacracyOne, hope to remove what he sees as a key defect in the modern enterprise: the inability to incorporate the insights of individuals into the actions of the group.

The Exton, Pennsylvania, management consultant and, among other jobs, Lead Link of HolacracyOne’s General Company Circle (Holocrats have roles, not titles), Robertson has proposed replacing the traditional hierarchical pyramid with a constantly evolving network of self-organizing, overlapping circles of distributed authority supported by Glassfrog, a planning and discussion software platform designed by HolacracyOne.

Whether Robertson and his team have succeeded in developing an operating system for what he calls “an evolution-powered organization” depends on whom you ask. Tony Hsieh, CEO of Zappos, the 1,500-employee online shoe store unit of Amazon that adopted Holacracy last year, has described it as a system that “enables employees to act more like entrepreneurs and self-direct their work instead of reporting to a manager who tells them what to do.” On the other hand, 14% of Zappos employees took a more sceptical (or maybe more entrepreneurial) view: they accepted Hsieh’s offer of three months’ severance pay for any employee who was not ready to become a committed Holacrat and ran.

Management experts are similarly divided. Attitudes range from the fundamentally resistant and the sceptical (who view it as something like Oscar Wilde’s purported take on socialism—a nice idea that would take too many evenings) to true believers.

Steve Blank, a Silicon Valley entrepreneur and startup expert, is among the sceptics. Asked what he thinks of Holacracy, he responds, “You mean that disaster? It’s Animal Farm,” referring to the George Orwell fable in which “All animals are equal but some animals are more equal than others.” “Instead of removing hierarchy, it makes it appear that you’re removing hierarchy,” he says. “But ultimately, you’re kind of hiding hierarchy.”

“There’s no arguing that Holacracy is a great science experiment,” Blank adds. But, he argues, it “battles with—my personal opinion—the way human nature is wired.”  Military organizations and their sub-groupings—squads, platoons and companies, for example—have stayed unchanged in fundamental ways since the Roman Legion, he points out. “I think it’s how we’re organized mentally.”

Sir Cary Cooper, a professor of organizational psychology and health at Manchester University’s Manchester Business School, is also somewhat sceptical that Holacracy can bring about a world without middle managers. “I think you can have that and you do have that in smaller companies, but I think it’s much more difficult to get rid of management, full stop,” he says.

Anat Lechner, a clinical associate professor of management and organizations at New York University’s Stern School of Business, is more positive. Although she acknowledges Holacracy’s current difficulties, she believes that something like Holacracy will become as common over the next 10 years as matrixed organizations have become over the past 25.

Mike Arauz, a founding member of August, a Brooklyn-based consultancy focused on team building, likens the current complexity of Holacracy to blogging in the ’90s—it can be done, but you have to learn to code first. “Is it the future, or not? I do believe it is definitely indicative of where organizations and work are headed, but at the same time, it is not the thing that everyone is going to adopt,” he says. Instead, like Napster or Friendster, it’s a first iteration.

Also positive is Julian Birkinshaw, a professor of strategy and entrepreneurship at London Business School. “I really like the concept of Holacracy and I hope it works in Zappos and elsewhere,” writes Birkinshaw, in an email.

Birkinshaw likes the idea that people carrying out the activities are given control over those activities. “For me, the key parts of the model that are worth keeping are the principles that the people closest to the action should be responsible for defining their activities and how they engage with other parts of the organization.”

However, he warns that Holacracy isn’t easy. “[I]t requires a lot of effort, deliberation, negotiation, etc. between the ‘circles’ to develop the necessary levels of coordination,” Birkinshaw says. “So it replaces a ‘vertical’ bureaucracy with a horizontal one, if you see what I mean.”

Whether this horizontal bureaucracy seems like a good or bad thing depends on the individual. In blog postings, some women who felt drowned out in conventionally managed companies have said they like Holacracy because its rules mandate that every employee has a voice.

Brandon Croke, a former marketer for Dev Bootcamp, a San Francisco-area business education startup run on Holacratic principles, agrees that it levels the playing field in that respect.

On the other hand, Holacracy can also shut people up. Holacracy is a very detailed process (at 15,000 words, Robertson’s Holacratic Constitution is nearly twice as long as the US Constitution, and 50% longer than the Chinese), and someone who masters the system can end up with a procedural advantage, almost like a lawyer or a legislator. “In a meeting, you could filibuster and continually object to things and literally get nothing done,” Croke says.

Another blind spot of Holocracy is cooperation with outsiders, according to Croke. More and more companies rely on webs of partner companies and independent contractors to get their work done, but Croke says he never found an easy way to incorporate external resources into the system.

But there is one feature of Holacracy that Croke is unequivocal about: the tactical meeting—a quick review in which everyone involved in a project discusses issues, or “tensions” in Holacratish, that could get in the way of completing their goals. “It’s rapid-fire, you have 30 seconds to say, what’s the issue, what do you think can we do to solve this, and then you try to resolve that and assign a task to somebody based on their role,” he explains.

Beyond the investment involved in learning, organization thinkers also say Holacracy’s programmers may need to make other adjustments as well. To some extent, Lechner is sceptical about whether Holacracy can work without people feeling some degree of ownership in the company. The kibbutzim, the communal organizations of her native Israel, have shown that large organizations can succeed without a single boss, but they succeeded in part because everyone had an equal share in the enterprise. “In fact, I don’t think it can work without shared ownership,” she says. “You’re really asking people to participate in the capacity of a decision-maker.”

The lack of titles could also be problematic. Pyramids serve as aspirational ladders for money and recognition, and Cooper believes that flat organizations will need to develop an alternative. He suggests replacing the ‘pyramid’ with a ‘rectangle’ that allows people to gain recognition for a particular kind of expertise. It might look a little like the academic ladder, he says, where scholars rise from associate professor to full professor, without necessarily taking on additional managerial responsibilities.

Such concerns about title may be particularly important for companies operating in countries where the culture favours explicit hierarchy. In India, for example, where job titles have a lot of social importance, a Holacratic company may need to find ways to fulfil that social need, says Prasad Kaipa, a Campbell, California advisor and coach who focuses on innovation and leadership. “Those are small adjustments but important ones that could make or break whether this will take root in an organization,” he says

Like anything else, Croke says, Holacracy is bound to continue to have advantages and disadvantages. “I think that any system that humans develop that tries to be a perfect system… [is] probably flawed. I think if you look throughout human history, whatever system we’ve developed, there are always gray areas,” he says.

Even in a Holacracy, Croke believes, leadership will still matter. Without trust and a clear vision, “no matter what tool you adopt, I think you’re going to have negative side effects,” he says.

It’s easy to snicker at Holacracy—at HolacracyOne, for example, the stated purpose of the board is to end the utility of management hierarchy and “reveal a new way of organizing that is so exquisite, so comprehensive, and so effective, that it evolves humanity’s relationship to power.”

Ultimately, however, it may not be the opinion of today’s management thinkers or managers that matters. Millennial workers interact in fundamentally more Holacratic ways than their predecessors did, Lechner says, both due to the pressure to innovate and simply because this is the way they like to work.  “It’s not ‘we were told that we have to work in teams, it’s so painful but what can we do?’ It’s not about that. It’s real. They actually like to work together,” she says.

August’s Arauz agrees that the main driver behind Holacracy is a new attitude toward networks. “People who have grown up on the Internet, grown up with the World Wide Web as a given, they’re bringing a network mindset to everything that they do,” he says.

“It’s as if you take a baby that’s six months old and they just start to walk and they fall, and you say, ahh, that little guy will never walk again,” Lechner says. “Seriously? He doesn’t have the experience yet; he’s going to walk fine. Don’t worry.”