An excerpt from former foreign secretary and former ambassador to China, Vijay Gokhale's book 'After Tiananmen: The Rise of China' 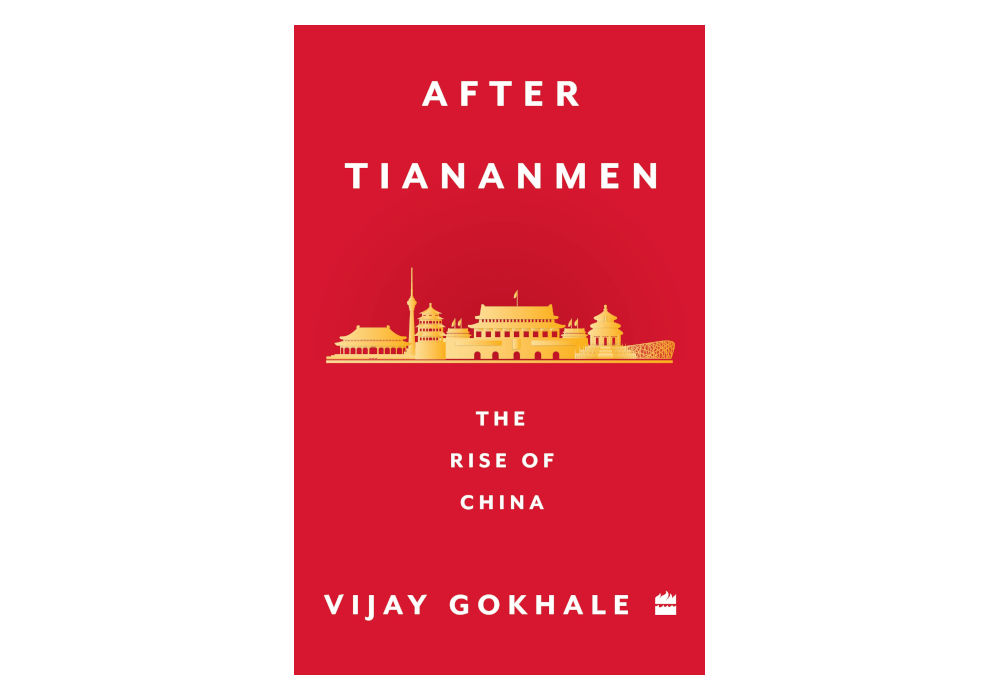 The idea of the LAC itself was a Chinese creation. Having usurped Indian territory in Aksai Chin in the 1950s, Premier Zhou Enlai claimed, in his letter of 7 November 1959 to Prime Minister Nehru, that such a line had existed between the two militaries. After the border conflict in October 1962, China went on to proclaim that it had unilaterally withdrawn its military forces twenty kilometres behind this imaginary Chinese LAC as a goodwill measure, thus maintaining the fiction of the LAC of 7 November 1959. India had consistently rejected the concept of a LAC both before and after 1962. From the Indian perspective, China was not physically present in areas that they claimed as lying on their side of the LAC. The actual ground positions of the two sides differed in several areas from the notional Chinese LAC. This posed a challenge. How could the two sides discuss the idea of peace and tranquillity in the border areas without having a common perception of where the two military forces were actually present in relation to each other in those areas? Without a common point of reference, it might have been practically difficult to ensure peace in the border region. Since the Sumdorong Chu stand-off was still unresolved in 1992, a common understanding on the actual ground position of the military forces of India and China was a pressing matter that needed addressing. With this in mind, the Indian side proposed to draw a distinction between the respective boundary claims of the two sides and their actual ground position in the border regions. Doing so could enable India to discuss the actual ground situation in the border areas with a view to minimizing possible conflict, while retaining its claim to the entire territory. The Indian side was conscious that such an idea might give legal sanctity to the Chinese idea of an LAC, but there appeared to be no other possible way of finessing the matter at the time when the Indian side felt it desirable and on balance to have a more predictable border situation and to lower tensions with China in the border regions.

Negotiations, according to those who participated, were long and very hard. The Chinese wanted to insert the term ‘LAC of 7 November 1959’ into the text of an agreement. The Indian side could not agree to such a reference in a bilateral agreement. This problem was sidestepped by inserting the provision that both sides would clarify the LAC wherever required, which, by implication, meant that India did not share a common perception with China about the so-called LAC of 7 November 1959. There is no gainsaying that such a formulation did not conclusively reject the Chinese version of the LAC. But in the circumstances, the alternative might have been a continued state of close confrontation all along the LAC at a time when India was battling Pakistan-sponsored terrorism in both Punjab and Jammu and Kashmir. Choices had to be made and that is what India did. The resulting Border Peace and Tranquillity Agreement (BPTA) that was signed during Prime Minister Rao’s visit in September 1993 not only formalized a commitment for both sides to respect the status quo, but also contained a provision to reduce military forces on the principle of ‘mutual and equal security’ and to work out confidence building measures in order to reduce the possibilities of military face-offs in the future. Foreign Secretary Dixit, who steered this agreement from the Indian side, later explained India’s rationale for it. He wrote that the BPTA established a jurisdictional pattern regarding the LAC that would reduce the danger of unintended confrontation, because both sides felt it necessary to make moves on the LAC for tactical and counter-tactical reasons. This agreement served the strategic requirements of India – a more predictable and peaceful northern border – for twenty years. The BPTA was the first agreement of its kind, specifically relating to our border region with China. In his address at Beijing University on 9 September 1993, Narasimha Rao struck an optimistic note when he said, ‘Even on issues that once divided us, we are agreed on the need for and the manner of dealing with these questions. I am confident that if we both continue this process, our common border will continue to be a border of tranquillity’.

The 1993 agreement became the basis on which both parties built the agreement between the Government of India and the Government of the People’s Republic of China on Confidence Building Measures in the Military Field along the Line of Actual Control in the India-China Border Areas (known as CBMs). This second agreement was signed on 29 November 1996 during the visit of President Jiang Zemin to India. It not only declared that maintenance of peace and tranquillity along the LAC was in the ‘fundamental interests of the two peoples’, but also recognized that the full and proper implementation of CBMs depended on both sides arriving at a common understanding of the LAC (this had been India’s point from the start). Both ‘agree(d) to speed up the process of clarification and confirmation of the Line of Actual Control’, including through an exchange of maps indicating their respective perceptions of the entire alignment of the LAC. This agreement, thus, made India’s divergence explicit with reference to the Chinese LAC of 7 November 1959, and also moved the needle on the urgency and importance of undertaking the task of clarifying the LAC. Any ambiguity in the 1993 agreement was thus resolved in 1996.

The Joint Working Group had already begun to work on identifying the possible areas of differing perceptions after resolving the prolonged stand-off in the Sumdorong Chu Valley in 1995. It has been claimed that both sides identified eight disputed ‘pockets’ along the LAC. Once the 1996 CBM Agreement came into force, both sides agreed to expand this effort by exchanging maps of their respective perceptions of the LAC, beginning with the middle sector (the border with China in the states of Himachal Pradesh and Uttarakhand). This marked a significant step in the efforts to concretize measures to guarantee peace and tranquillity in the border regions. By March 2002, both sides had completed the exchange of maps of the middle sector and proceeded to the western sector (the border with China in the state of Jammu and Kashmir, and the Union Territory of Ladakh since August 2019). In June 2002 both showed their respective maps of the LAC alignment in the western sector to the other side, but there was no further progress in finalizing an exchange of maps in this sector. Maps of the eastern sector were neither shown nor exchanged. The reasons for the setback to the LAC clarification exercise have been the subject of speculation. Some experts have claimed that the stalemate happened because both countries had made maximalist claims to their respective LAC alignments. One report, based on media sources, claimed that many more points of differing perceptions of the LAC alignment had emerged in the western sector as a result of the brief show-and-tell in June 2002, which made the map exchange unpalatable. Despite efforts by the Indian side to bring negotiations back on track, the Chinese subsequently refused to resume the process of map exchanges that would have given both sides a clearer understanding of the other’s perception. No Chinese writings have yet emerged in the public domain that lucidly explain their reasons for the about-turn.

(This extract, from the book After Tiananmen: The Rise of China, by Vijay Gokhale, is reproduced with permission from HarperCollins India.)

Join us on October 1

Join us for a specially curated Masterclass on Making Sense of Xi-Jinping’s China on Saturday, October 1. We have a high-powered panel of China experts from India and abroad who will analyse Xi’s leadership journey—and where China is headed.

Don’t miss this Masterclass. To join, register by clicking on the button below. 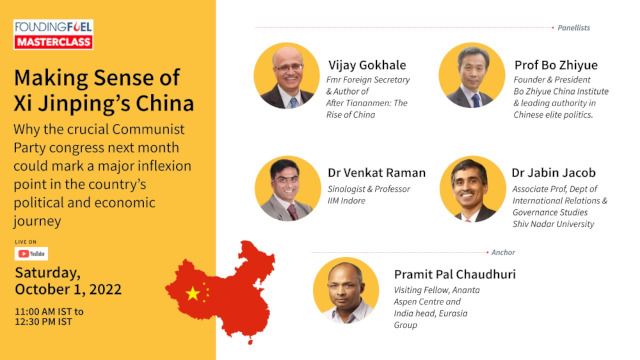