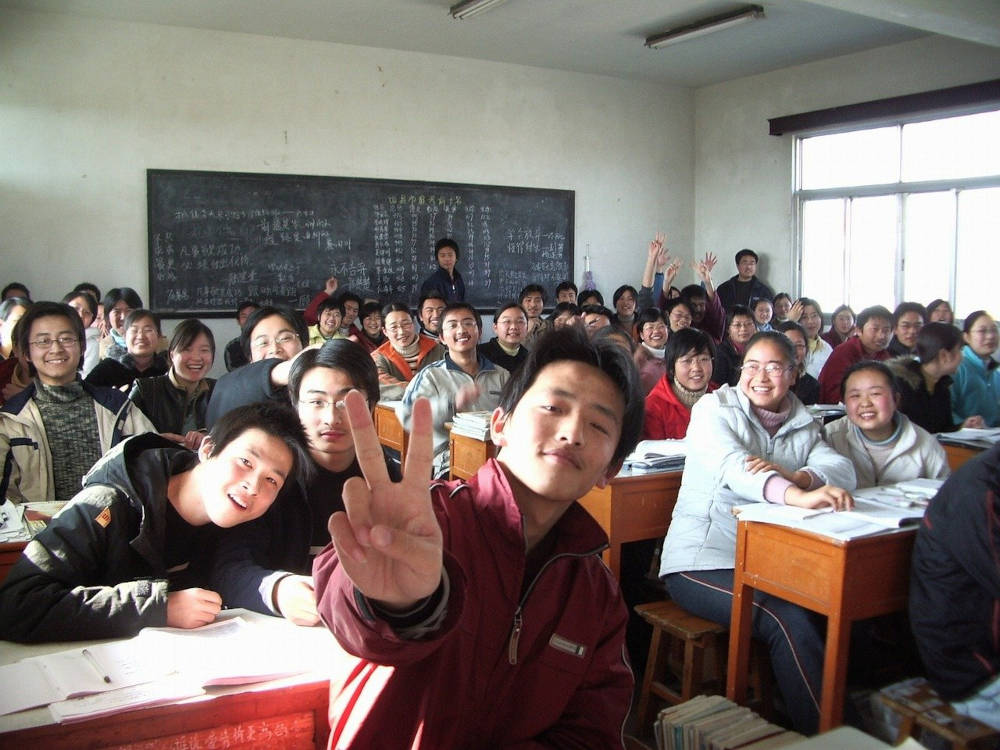 They ask us probing questions that challenge our assumptions. They look into our eyes and tell us we can do it. They guide us to discovery. And sometimes those moments of interaction have an impact that ripples across our lives.

This Teacher’s Day, we asked our network for stories about the teachers who have inspired them. Here are five stories. 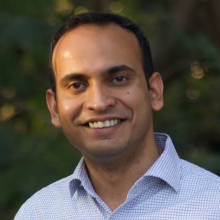 I was 14. On a Thursday morning I came downstairs in my school uniform, ready for a day like any other. My parents stopped me on the way out saying that we would be going to Manipal instead. Confused, but happy about the day off, I strapped in for the ride.

On the way there they told me that we'd be meeting a teacher who trained kids for the JEE. Nestled in a lane between Udupi and Manipal was the home of Mr and Mrs Kedilaya. A couple that’s been teaching advanced JEE material to teenagers for over two decades now. He taught Maths and Chemistry. She taught Physics.

We reached their home and were given a warm welcome. Mrs Kedilaya smiled as I entered and promptly served up some delicious ghee dosas. My parents told them that I wanted to get into IIT.

Without knowing much else about me, Mr Kedilaya looked me up and down and then looked deep into my eyes. After a few seconds he smiled and said in Kannada “Maadi yaanu”, which roughly translates to “I think he’ll do it”.

At that moment I felt a strange confidence surge through me. It was almost as if Sir had injected self-belief straight into my veins. By believing in me without knowing anything about me, by advancing that faith, he had inspired in me a loyalty and desire to prove him right. To repay that confidence with results.

That taught me the value of great teachers. It's often less about how much content and concepts, and more about how they make you feel about yourself.

A few years later I found myself at the gates of IIT Madras, and it was owed to that moment where the Kedilayas believed in me more than I did.

The seeds of commitment to excellence 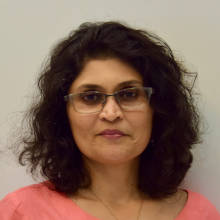 Sr. Irene Silveira, the principal of Canossa High School, Andheri, Mumbai, was a slender, stern-looking nun in her 50s. In her neat gray habit and white veil, she looked like a strict disciplinarian. I first met her in her office during the admissions process in the VIII standard. We were moving to the western suburbs which meant changing schools in the middle of the school term.

When Sr. Irene walked down the halls of the school, there was pin drop silence. We quickly averted our eyes and shuffled past her briskly with a short good morning or afternoon as the case may be.

Sr. Irene was walking past the classroom when she suddenly came into our class. She stood quietly for a minute and pointed to one pile of newspapers. “Whose pile is this?”, she asked. A tight ball of fear in the pit of my stomach. I stood up. “Please come and face the class,” she said in an even tone. Not knowing what to expect, I went up. Looking at the class, Sr. Irene said, “Do you see her pile? Do you see how neatly each paper is stacked one above the other? Look at this girl closely. She is going to make something of her life.” I stood feeling awkward.

That morning Sr. Irene sowed the seeds for the value, commitment to excellence. 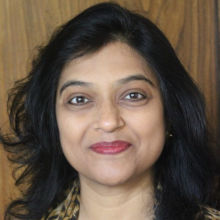 Founder and co-author, Shakti Leadership and My Cancer Is Me

Some teachers impact you through their living words well after they have left their body. The most impactful message that my Yoga Guru, Swami Sivananda seared into my being, was on the cover of his book, Bliss Divine. In a small black box, on the top right, were the words in white letters:

Eating, drinking, sleeping, a little laughter, much weeping! Is that all? Do not die here like a worm. Wake up! Attain immortal bliss!

The words stopped me in my tracks and I heaved a sigh of deep relief. It was as an awakening. Yes. Finally, here were words that summed up the seeming pointlessness of life. And tantalisingly pointed to a more, magical, meaningful Reality.

This was in the Year 2000. I dived into the world of Yoga and sadhana and have just reached a place where the possibility of turning from the human caterpillar into the divine butterfly through the rainbow body, feels like a worthy goal of life.

On this Teacher's Day, September 5, I give a deep bow to my first Guru, Swami Sivananda of Rishikesh’s Divine Life Society. For awakening in me a deep longing for knowing and flowing with the Bliss of Life.

“Everything we thought we knew, was destroyed—and then, rebuilt” 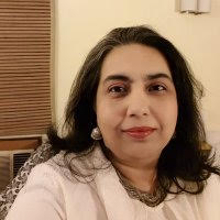 Of all the wonderful teachers I have had, I have to take this opportunity to remember Balki. Balki, or formally Prof. Balakrishnan, was a professor at IIM-A, one of the young stalwarts of the 70s who came back just for a bit, and magically, was there for our batch. We felt alive in his classes. We thought, processed, analysed, synthesised, solved—and all at warp speed, just to keep up with him. We grew. And we learnt to keep it real.

I remember he taught us a case study in a second-year course that had already been taught in Organisational Behaviour in the first year. We, young know-it-alls, were ready. We knew all about this executive assistant, trapped in the CEOs office, being a glorified secretary while his batchmates kept winning in sales and other roles. Till Balki started asking questions, unravelling everything we knew. Every ‘fact’ was revealed to be something we had assumed, or projected. Everything we had gleaned from the text revealed differently as he changed the way the light fell on it. Everything we knew about what we thought we knew, destroyed.

We began to see the humanity behind the story. The people and their needs, their fears. Their potential. That was the day I realised that there is no such thing as failure, or a bad place. There is just the opportunity to learn how to climb out of a hole, and this way, learn to make difficult climbs. To renew oneself, to constantly learn, and more than anything, to trust oneself to find a way out. The structures we see are not our circumstances. They are exactly what needs to be shifted by the sheer power of our humble but surefooted understanding of the people who made them, and who run them.

All because he showed us how to see the story behind the story.

“She was demonstrating and teaching me how to empathise” 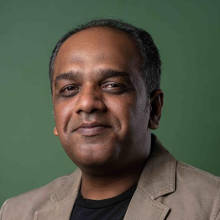 My euphoria at stepping into the portals of the hallowed St. Xaviers College in Mumbai was short-lived. After having been the star kid at school, I assumed stardom would follow here as well. But suddenly, everyone around appeared better read, more talented, and better at everything than me. It was a matter of time before I started to withdraw into a cocoon and the extroverted kid started to morph into an introverted young adult.

Dr Smita Krishnan, now head of the Department of Zoology, the subject I majored in college, had cottoned on. With the benefit of hindsight, I now know that without probing explicitly, she was gently watching over me. And for that I will be forever grateful.

It showed in the little things that would matter over the longer run. I’d try to bunk field trips and treks that were part of our coursework, because I was afraid of appearing inferior. She’d goad me to join without getting pushy. I suspect she had figured me going introverted had made me a nervous wreck as well. And that in turn, I was having trouble dealing with much else. Such as the mandatory viva voce (oral) exams for our subjects. So, she’d go out of her way to ask easy questions I could deal with without having a meltdown. In her own way, she was demonstrating and teaching me how to empathise.

Over time, I started to see her as a friend as well whom I could confide in. That is how I mustered the courage to tell her how I had developed a crush on a pretty classmate. When all my overtures to the lady were rejected and I was heartbroken, Dr Smita Krishnan was my go-to person for a good cry. She’d hear me patiently. Now that I have kids who have stories of mush to tell that bore me death once in a while, I am reminded of the magnanimity of a teacher. Her generosity did much to preserve the innocence those years deserved.

My world fell apart after the university exam results were declared. All my batchmates had done well. I failed. I thought I died, was inconsolable, and had no clue how I’d break the news at home. But she was there to console and tell me the world hasn’t ended. She was right. I passed on the next attempt and there was much else to do. I shifted streams, started to work, got married, had kids, and did much else professionally.

That is why when my kids change their minds every other day and I get close to losing my head, I’m reminded of the time a patient teacher told me to explore the world.

That’s what good teachers do. They touch your lives, forever. 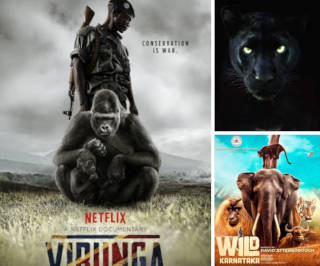