Should venture capitalists be worried about a bubble? It's not relevant

People focus on price. But to make sense of price you have to understand value. Price is what you pay. Value is what you get. We live in a world where companies can grow revenue fast because we are at the intersection of mobile, cloud and Big Data. Uber Technologies Inc. is a good example. It wouldn't exist without smartphones. But mobile is not enough. You need a cloud service that can quickly calculate what's the closest taxi that can get to you. It does that using big data.

Companies like Uber are growing revenue. So we know their price. But we don't know what their internal metrics are. To use an Indian example, people know the price of Flipkart, but not its internal metrics. To know its value, you need to look at the details.

Venture capitalists follow a few rules to ensure we don't pay too much for a company. First it must operate in a big market. Second, it ought to have a sustainable revenue stream and an economic moat around it. The best economic moat is the network effect. As the number of users go up, the value of each user goes up. Uber, Twitter and Facebook have it. Usually, e-commerce companies don't. Third, we look for growth.

Finally, we ask: if it had no more access to capital, would it still be a good business?

Revenues are not the only indicator. Time is a good proxy for money. If people are spending more time with you, they will spend money on you. Facebook is a good example. While it makes most of its money from mobile, it didn't have a mobile product until recently. But Facebook knew ithad to do it because people were spending hours on it everyday.

That's not enough. In the beginning, Twitter used to send SMS messages whenever someone messaged you. It was not sustainable because the more time people spent on Twitter, the company incurred a cost. So they stopped doing it.

The question to ask is how much does it cost me to support my growing user base. If it costs a lot of money, you better get your business model in place quickly. Else you can afford to be patient. Take Snapchat. It uses your mobile phone, which it didn't pay for; it uses your data plan, which it does not pay for; and it gives you an app that doesn't cost them much. It's expanding globally. Now, if you want to build a company for a global market, there is no place like Silicon Valley. It has all the resources. Can we build one in India? Sure. We can do anything, anywhere. But the question is where does the highest probability of success lie.

India doesn't have an entrepreneur-friendly culture. Regulations are overwhelming. The government's answer to people breaking the laws is writing more laws, not enforcing them. It doesn't help people who want to follow the law. And it distracts from the task on hand.

Some move to Silicon Valley. Consider Druva. It started in India, but the entrepreneur, Jaspreet Singh, moved to Silicon Valley because he thought he can't build a global product company from India. It is not just an Indian issue. It's true of other countries, too. You cannot name a global Internet product company from Japan or Germany. Those you can name—Facebook, Twitter,eBay, Google—are Silicon Valley-centric. There are local leaders in China and Russia, but they have not been able to make a big impact outside of those countries.

However, for us, long-distance investment works. Many of Alibaba's investors are overseas funds. It's much the same with Baidu and Flipkart too. Right now, the maturity of venture capitalists outside the Bay Area is poor. Most act like bankers. They give you an umbrella when the sun is shining, and take it away when it rains. VCs (venture capitalists) have to be partners. Over time, local VCs will get better, evolve. But as of now, clearly, you can do long-distance venture capital investing.

Should we be worried about a bubble? It's not relevant. What's relevant is whether a company is overvalued. For that we need details. People want to make statements about a library when they should be reading the books. You have to read a book to know if it's good or not. And every book is different.

As told to N.S. Ramnath.

This article was published concurrently in  Mint 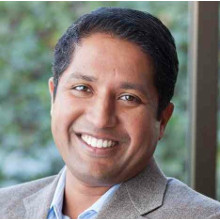 Managing Director at Menlo Ventures who is excited to be venturing right with amazing partners. All opinion are personal and retweets are not endorsements