Fears of nuclear Armageddon aren’t exaggerated. The world has come to the brink of a nuclear war many times. An extract from Sundeep Walsekar’s book, ‘A World Without War’ 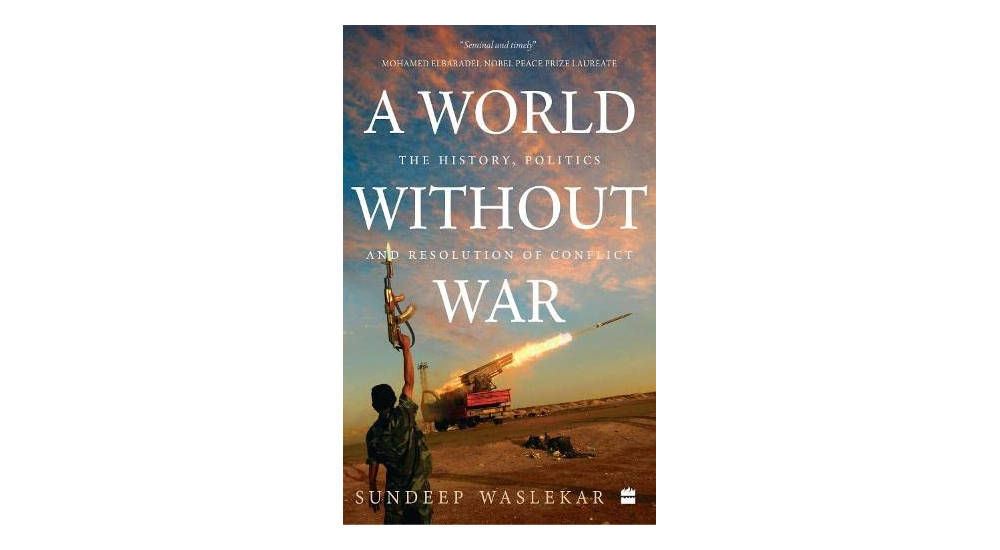 If you feel that fears of Armageddon are exaggerated, let’s examine the evidence. A simple Google search will reveal that there have been many close calls when a nuclear weapon was on the brink of being pressed into action, which could have led to the Third World War. The catastrophes were averted by very narrow margins in each case.

Max Tegmark, a leading AI researcher, is a founder of the Future of Life Institute. The Boston-based institute specializes in assessing existential risks to humankind from AI, biotechnology and nuclear weapons. Tegmark has described many such close calls, or nearly missed nuclear war episodes, in his writings. Two such episodes have been highlighted in his book Life 3.0, as well as by Bryan Walsh in his book End Times. One of these incidents occurred during the Cuban missile crisis. On 24 October 1962, a Soviet satellite exploded in outer space. The US believed it to be an ICBM attack. Why it did not retaliate is a subject shrouded in mystery. Two days later, an American U-2 pilot flew over Siberia by mistake. Immediately, the Soviet MIG interceptors took off to bring him down. In response, the US despatched F-102 A jets loaded with nuclear missiles that they could shoot at their own discretion. The pilot whose error had triggered this massive and dangerous response reached American airspace safely, and a war was averted. But a few more false alarms about missile launches were issued that day. The next day, 27 October 1962, another event took place, which has now become part of history.

A Soviet B-59 submarine had lost contact with Moscow for several days. It had a nuclear torpedo, which the submarine crew were authorized to launch without consulting authorities in Moscow, but only through a consensus decision of the three senior officers on board. USS Randolph, an aircraft carrier, and American navy destroyers spotted the submarine and began to drop small depth charges at it, with a view to force it to come to the surface. The Soviet crew believed that a war had started, and decided to use the nuclear torpedo without consulting Moscow. Captain Staviski and Officer Valentin Gregerovich voted in favour of launching the torpedo. However, they could not complete the decision-making process as Sub-Captain Vasili Arkhipov determined that there was some misunderstanding and ruled against propelling the perilous weapon. If Arkhipov had agreed, a nuclear torpedo from the B-59 would have been set off. It would have attracted retaliatory strikes on Soviet targets in the mainland, not merely on Soviet assets near Cuba. Arkhipov came to be celebrated as the man who averted the Third World War. The next day, two more false alarms were detected as the North American Aerospace Defence Command (NORAD) received wrong alerts from its computers about separate Soviet nuclear strikes on Florida and Georgia.

The second incident took place on 26 September 1983, in the aftermath of the Soviets downing a Korean aircraft that had entered its airspace by mistake, killing 300 passengers. It was a time of great suspicion. The Soviet early warning satellites showed that the US had launched five missiles. Stanislaw Petrov was the officer at the monitoring station who had to report the attack to the command structure and a retaliatory missile attack would then be launched on the Americans. Petrov followed his gut instinct and determined that the US would not launch only five missiles at a time. He, therefore, reported it as a false alarm. It indeed turned out to be so as the satellites had misinterpreted certain reflections of the sun. Petrov, like Arkhipov, is known as the man who saved the world. Films have been made about both men.

Within a few weeks of Petrov’s courageous decision, the Soviets again misinterpreted NATO (North Atlantic Treaty Organization) war games and moved their nuclear missiles to attack-ready positions, but fortunately, the real facts were revealed before it was too late.

Tegmark believes that the world was lucky that such episodes took place during the Cold War, when AI for military decisions had not been deployed. In the 2020s, AI is poised to occupy an increasing space and importance in early warning systems. Imagine if there had been robots in place of Arkhipov and Petrov, and if they had misinterpreted the signals. The Third World War would have been inevitable, and perhaps the human race would have come to an end.

Other than close calls, there have been ‘broken arrow’ incidents when nuclear safety was endangered. A ‘broken arrow’ incident means accidental detonation, theft or loss of a nuclear weapon. At least thirty-five to forty such incidents during the Cold War are mentioned in open sources on the internet. These include a Soviet nuclear submarine sinking near the Norwegian coast in 1989, and another one sinking near Spain in 1970.

There were also ‘broken arrow’ incidents involving the American military. In January 1966, an American aircraft collided with a tanker during routine mid-air refuelling in Spain. The B-52 was carrying four nuclear weapons. Of these, one was recovered on the ground, one was recovered from the sea and two of the weapons’ high explosive materials exploded on impact, releasing some radioactive materials

More dangerous than close calls and ‘broken arrow’ incidents are instances of government leaders wanting to use nuclear weapons as a deliberate choice. Bryan Walsh has enumerated incidents of the likely use of nuclear weapons by intent. There have been instances where a see-saw between the US President and his senior officers has occurred on plans to use nuclear weapons. In 1968, General William Westmoreland activated a plan to move nuclear weapons to Vietnam, but he was overruled by President Johnson. On the other hand, in 1972, President Nixon contemplated using nuclear bombs in Vietnam and was talked out of it by Henry Kissinger. In 2021, Washington’s media and literary circles were speculating that a top US general had instructed the military hierarchy not to follow President Trump’s orders should he launch a nuclear attack on China, and he also cautioned the Chinese military leadership of a nuclear threat from the White House. President Trump, who was out of power by the time the speculation surfaced in Washington’s charmed circles, promptly denied having any thought of attacking China. We will never know the truth, but speculation of such nature raises the question of whether there can be smoke without a fire. These incidents reveal that the leaders of the US are not as rational as they are made out to be in decisions pertaining to the use of nuclear weapons.

There is speculation in the media that at times British Prime Ministers may have considered using nuclear weapons against China in the conflict over Hong Kong and against Argentina in the conflict over the Falkland Islands. We do not even know what Russia’s Vladimir Putin or China’s Xi Jinping think and if they, or their predecessors, have ever contemplated any catastrophic decisions. But some of the remarks made by the two leaders give us an inkling of their thought processes.

(This is an extract from A World Without War by Sundeep Waslekar. Reprinted with permission from HarperCollins India)