Nuclear War: A 100 seconds to midnight

We need to revisit our ideas of nation, humanity, and war. For nuclear annihilation is just a spark away 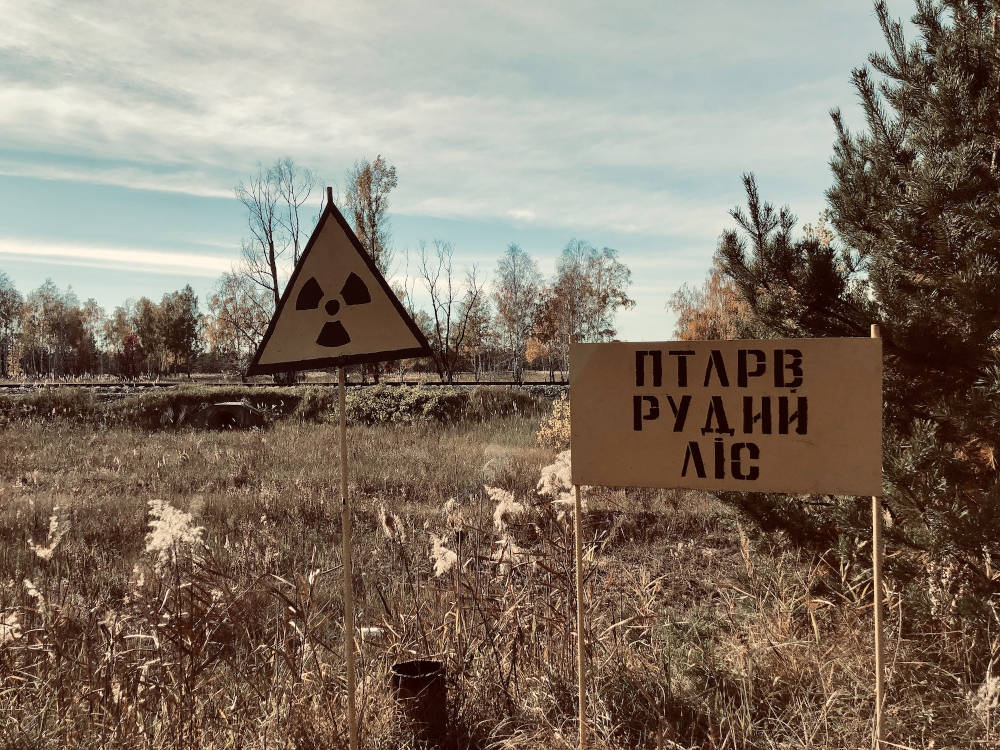 In August 2022, Antonio Guterres, the UN Secretary General, warned that humanity was one miscalculation away from nuclear annihilation. In September, Russia’s President Vladimir Putin threatened to use “all possible means” to win the Ukraine war. He did not mention nuclear weapons. However, his threat was interpreted as an indication to press the nuclear button by the Western leaders. In October, US President Joe Biden mentioned nuclear Armageddon while speaking at a dinner at James Murdoch’s house in New York. In November, Russia issued an explicit statement committing to avoid a nuclear war or even a military clash between nuclear powers.

The threat of nuclear war has been looming large for most part of 2022. It is attributed to President Putin’s doublespeak. He has been sabre-rattling since he invaded Ukraine in February 2022 in a way that the West construes as a threat to use nuclear weapons. He has also been clarifying his intent to avoid a nuclear war from time to time. His warnings attract international media attention. His clarifications are ignored by the Western media and governments.

The West is circumspect about President Putin since he breached the Budapest protocol of 1994 signed by Russia, the US, the UK, France, and China, guaranteeing Ukraine’s territorial integrity and sovereignty, by capturing Crimea in 2014 and invading Ukraine in 2022. If he did not honour an international treaty to protect a sovereign country, how could he be trusted to not use nuclear weapons, especially when he has been sending mixed signals?

Ukraine has undoubtedly made political mistakes. It managed to balance relations with the West and Russia until 2004 under Leonid Kuchma’s presidency. The subsequent leaders have been swinging like a pendulum from one end to the other. If Ukraine had declared neutrality a decade ago, with additional guarantees from the P5 member countries of the UN Security Council, Russia would have probably not attacked Crimea and Donbas in 2014. It would have probably not invaded Ukraine in 2022.

It is not only the war in Ukraine which poses a threat of nuclear annihilation. A potential spark between the US and China in the Taiwan Strait or an unexpected turn of events in the Korean Peninsula can also inadvertently push the world towards collective suicide in a global nuclear war. For the last three years, the Bulletin of Atomic Scientists has been declaring that humanity is only 100 seconds away from midnight, where midnight is used as a metaphor for human extinction in a world war with nuclear weapons.

A nuclear war in any part of the world will have a planetary impact. It will take a few hours for missiles from two or more sides carrying megatons of nuclear payload to exterminate a few billion people. Those who die instantly will be fortunate. The rest of us will suffer from radiation, environmental impact, blackout of sunrays, disease of flora and fauna, and a slow and torturous death. The project of humanity which was launched 200,000 years ago with the appearance of the modern Homo Sapiens on the planet will end with universal death.

During the Cold War, the stockpile of nuclear warheads increased to 60,000 in the 1980s. Ronald Reagan and Mikhail Gorbachev came close to signing an agreement for the phased elimination of all nuclear weapons, but a deadlock on the “star wars” prevented such an agreement. However, they paved the path for gradual disarmament in the form of various arms control treaties. Presently, there are 13,000 warheads, out of which 9,500 are in active military service of nine countries. Russia and the US have placed, between them, 2,800 warheads on high trigger alert. They can be launched within 10 minutes of the executive decision. Both countries as well as the UK and France are not willing to commit to a no first use doctrine prohibiting the use of nuclear weapons for the first strike. Only China and India have such a doctrine, though there are murmurs in Beijing and New Delhi about abandoning it.

There is a new trend to produce low-yield warheads, about the same capacity as the ones used in Hiroshima and Nagasaki, in order to make the use of nuclear weapons acceptable and legitimate. But the international media hides the fact that many of the low-yield warheads are earth penetrating weapons. They explode a few meters below the surface, creating 20 times the damage of their capacity. A 15-kiloton warhead in effect has a 300-kiloton destructive capacity.

The missiles that carry nuclear weapons are becoming more and more sophisticated. In December 2019, Russia inducted Avangard hypersonic missile in its military arsenal. This missile travels at 27 times the speed of light, evades radars as it fabricates its own trajectory with the help of artificial intelligence (AI), and carries 2,000-kiloton of nuclear payload. In March 2020, while the world was entering lockdown on account of Coronavirus, the US tested its own hypersonic missile on the Hawaii island. China already has DF-17 missile mounted with DF-ZF hypersonic glide vehicle. India and North Korea are also building hypersonic missiles.

Hypersonic missile is one example of the use of AI in nuclear warfare. There is a growing tendency to use AI in early warning functions, cyberwarfare, detection of mobile missile launchers and underwater unmanned vehicles. The military planners vow not to use AI in the command control of nuclear weapons. However, they increasingly rely on input from AI to decide about launching an attack. Such input is provided at an extremely fast pace, shrinking the time available for commanders to take a decision about whether to launch a nuclear attack. Therefore, the role of AI in nuclear command and control is ambiguous. The main impact of AI is that it makes second strike ineffective, encouraging countries to go for the first strike. Currently, nuclear peace is premised on the very tenuous doctrine of nuclear deterrence. This doctrine means that the ability of country X to launch a devastating nuclear attack on country Y in retaliation prevents country Y from attacking country X in the first place. The increasing application of AI in detecting mobile missile launchers and underwater vehicles negates the ability to launch the second strike. The world is close to losing the use of deterrence without any other doctrine substituting it.

AI is also used to design lethal autonomous weapons, better known as killer robots. They identify the targets and launch attacks without human beings in the loop. Currently, killer robots carry conventional weapons. The day is not too far when they will start carrying nuclear payload. We are entering an era where robots and algorithms, rather than military generals and admirals, will decide if swathes of humanity should exist or perish. We are handing over our fate to autonomous machines.

Our growing penchant for high-yield and low-yield nuclear weapons, hypersonic missiles, and AI on the background of spiralling hyper nationalism, tribalism and strife is bound to result in a global nuclear war. It may happen over Ukraine, if there is a direct confrontation between NATO and Russia. It may happen over the Taiwan Strait or the Korean Peninsula. Or it may happen by accident if algorithms or cyber manipulation convey wrong signals, propelling some country to launch its missiles with nuclear payload. It may happen next year or next decade. It is difficult to define the moment of our universal death but there is no doubt that we are blindly racing towards a precipice.

Our ideas of nation, humanity, and war

Weapons do not start wars. Men, and yes mostly men, do. For centuries wars were fought in the name of religion. Since the treaty of Westphalia, signed in 1648, nationalism is the flavour of the season. Leaders are ready to murder mothers and children, destroy schools and hospitals, kill thousands of young people of the enemy state, and offer their own youth as fodder in the forces. It is done in the name of national pride and national interest. One day, rival leaders will use nuclear arsenal to annihilate our planet with the sole ambition of flying their national flags in the graveyard that our planet will be. And how durable is the concept of nationalism? The Ukrainians and Russians fought shoulder to shoulder as one Soviet nation, against Nazi Germany only 75 years ago. Now they belong to rival nations. The Serbs and Bosnians were one nation until the 1980s. Now they are rival nations. The Pakistanis and Bangladeshis were one nation until 1971. Now their nationalism is split into two nations. The idea of nationalism is transient and hollow but dearly embraced by those who want to produce nuclear weapons, killer robots, and hypersonic missiles.

If we want to prevent a global catastrophe resulting in the end of the human race, we need to revisit the very ideas of nation, humanity, and war. We must acknowledge that war is a matter of choice that leaders impose on us in their interest and at their convenience. We need to contemplate about ancient philosophies such as Vasudhaiva Kutumbakam (The World Is One Family) from India and Ubuntu (I Am Because We Are) from southern Africa. We need to overhaul international law and the structures of the United Nations. We need to deliver a new global social contract. My book, A World Without War (HarperCollins 2022), shows the way out of the nuclear trap that we are caught up in. 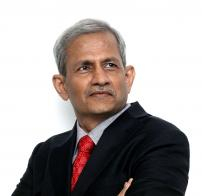 Sundeep Waslekar is a thought leader on the global future. He has worked with sixty-five countries under the auspices of the Strategic Foresight Group, an international think tank he founded in 2002. He is a senior research fellow at the Centre for the Resolution of Intractable Conflicts at Oxford University. He is a practitioner of Track Two diplomacy since the 1990s and has mediated in conflicts in South Asia, those between Western and Islamic countries on deconstructing terror, trans-boundary water conflicts, and is currently facilitating a nuclear risk reduction dialogue between permanent members of the UN Security Council. He was invited to address the United Nations Security Council session 7818 on water, peace and security. He has been quoted in more than 3,000 media articles from eighty countries. Waslekar read Philosophy, Politics and Economics (PPE) at Oxford University from 1981 to 1983. He was conferred D. Litt. (Honoris Causa) of Symbiosis International University by the President of India in 2011.