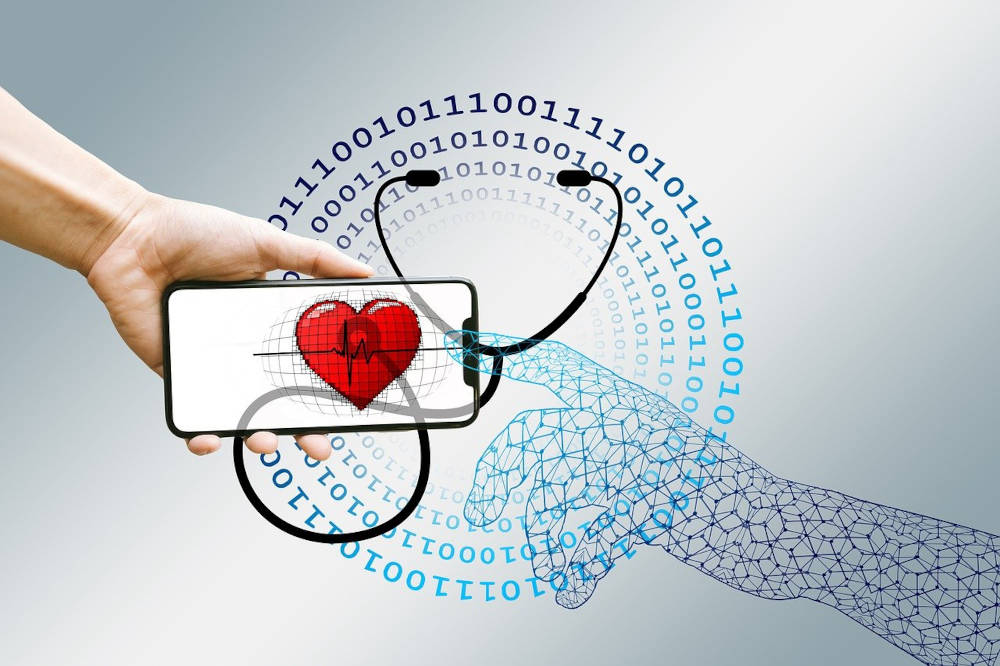 As I write this piece, I had never imagined that my smartphone would help me turn into a non-smoker after having been one for over two decades. For that matter, I had no idea that the new generation of smartphones are devices pushing the boundaries of medicine, and meet the approval of globally acknowledged regulatory authorities such as the World Health Organization (WHO) or America’s Federal Drug Administration (FDA). But before I get into that, some personal background.

I’ve tried to quit smoking in the past. The longest I could stay away was three months and it was always a battle of will. This time around, I’m not fighting any urge. In fact, over the last few weeks, I’ve been around smokers. And when people who know me as a smoker have either asked me for a cigarette or have offered me one, I have politely said, “I don’t smoke.” Things are now at a point where I actually feel repulsed by cigarettes. My identity and behaviour has fundamentally changed. I don’t think of myself as a smoker any longer.

How did I get here? I’ll keep this short: A few weeks ago, Ram Chandra, the co-founder of an app called QuitSure, that works to help people quit tobacco, reached out to me on LinkedIn to ask if I’d like to write about his firm. As a thumb rule, I don’t write about what I don’t know. But as a smoker, I know a thing or two on what it takes to quit. Some questions to him later, I figured I have nothing to lose, except invest an hour for six days with the app. There were videos to watch, exercises to think about, and a counsellor to speak with if I needed to. I followed the rules to the ‘T’. And beginning the seventh day, I’ve been a non-smoker. I’m sure I will not relapse.

What happened? When I asked Chandra that, he spoke about how they altered my thinking and behaviour on the back of psychology. But just how did a switch turn on (or off, if you will) and I quit an ‘addiction’ overnight?

I reached out to a few people in the domain, beginning with Kuldeep Datay, a clinical psychologist affiliated with the Institute of Psychological Health (IPH). After hearing me out, he didn’t sound surprised.

“From what I can make out, what they have done is to ‘app-ify’ many elements of a programme that would otherwise be available only at a counselling centre. It made life easier for you.”

He went on to explain that such treatment plans have evolved over time, are familiar to psychologists and are used to wean people of not just addictions, but also disorders of many kinds and mental health issues as well. This app, Datay explained, is part of a larger domain called ‘Digital Therapeutics’ that holds much potential, and is finding many takers. This sounded most interesting. But whatever is that supposed to be?

Turns out, more than a decade ago, medical doctors, researchers, technologists and entrepreneurs had started to jam on the sidelines of events the world over, tinkering with a question: How do you push the boundaries of technology to deliver treatments as phones and tablets get smarter? How can we reimagine medicine and treatment protocols?

By way of other examples, consider tools that aid people to meditate such as Headspace and Calm, Datay explains. (Incidentally, we had first described our experience with these apps in August 2020). I was on Headspace while my colleagues NS Ramnath and Anmol Shrivastava were hooked to Calm.

Much water has passed under the bridge since then. These apps have attracted venture capital funding and have morphed into full stack health tech companies that operate digitally. Headspace, for instance, is now a mental health company called Headspace Health after it merged with Ginger. The numbers of its relationships are growing as well and earlier this month, the company tied up with Gympass, an entity that describes itself as the world’s largest employee well-being platform.

Enter Ammar Jagirdar who has an interesting story to tell. After graduating from the Government Dental College, Mumbai, and beginning to practise, he says, a voice in the head argued, “I don’t want to spend the rest of my life peering into the open mouths of people.”

And so, he went on to do a masters in biomedical engineering at IIT Bombay. One of the first things he got down to work with his batchmates was a kit to easily detect sickle cell anaemia, a blood disorder. After graduating, he had put in stints at various companies that work at the intersection of medicine and engineering. Right now, he is at work to give Thylio.io life with Sampath Satti, a batchmate from his engineering school days. “We’re just coming out of stealth mode and expect to launch our products later this year,” he says. Their offerings are intended to help people manage weight, optimise BMI, monitor heart rates, and help with personalised lipid profile treatments, to name just a few.

If left unmanaged, these can lead to chronic pain, diabetes, hypertension and other non-communicable diseases (NCDs) such as heart disease, stroke, lung cancer, and diabetes that account for 74% of all deaths worldwide. Until now, the only way to deal with it has been under supervision. But with smartphones meeting FDA and WHO approvals, people such as Jagirdar and Sampath are at work to deliver treatment plans on these devices that meet those standards. It fits the digital space.

When I rewind to where this narrative started with, it turns out, this is why I am a non-smoker now. The plan that Ram Chandra created and offered on my device met all the standards I would otherwise have had to go to a deaddiction centre for. Is it possible he uses this as a springboard to morph into a wellness company? I asked him that. All he would say was that he doesn’t know what direction this space may take. This, it seems, is because most Indian consumers don’t like to pay.

Jagirdar too has observed Indian consumers are price sensitive and don’t like to pay up for what entrepreneurs may believe is value. But they are betting that the way technology is going and with smartphones being rapidly integrated by professionals, it will be a matter of time before treatment plans, technology, professionals and the payment ecosystem that include insurance companies come together to underwrite the cost of such software and people will see value as well. This is a hypothesis Datay believes in as well and is among the early adopters.

For example, in his daily practice, he talks about how he personally likes Wysa. This is because he often tells those who seek him out to write a journal. But they don’t. However, when he recommends “a mood-tracking app such as Wysa, journaling suddenly becomes exotic and people stick to what they have been told to do.” It helps him look at what is emerging from people, and in turn counsel them better.

His larger point is that wellness apps that start out for a specific purpose also bridge the gap between users and practitioners such as him. And that is why he actually likes it when people use it because it takes a lot of load off him when people do their exercise. This is what people such as Jagirdaar and Sampath are betting on. Because this is where the future of medical treatments lies.

On a parting note, I asked all of them about the success rates of people who sign on to such apps versus what they are a witness to in the offline world. On his part, Chandra appears pleased he could get me to try the app. Because there are those who take the app, but don’t use it.

“Resolve cannot be coded. It must flow from the user,” Jagirdar told me. Datay said much the same thing, but in different words. Both agreed that I applaud myself as well, while giving the app credit for getting me to where it did.