The average age in companies is getting younger and these employees are wired differently. How do you deal with the organizational consequences of that altered reality?

At 56, I’m possibly the oldest member of our 20-year-old engineering firm. The average age of our employees is around 30 years. Every year, I notice that the figure keeps dropping. As the founder CEO, I’m worried about whether we’re doing enough to connect with the millennials that are entering our workplace. I’ve planned a conversation with my board on whether we need a younger CEO, perhaps in his early 40s, to take over from me in a couple of years. Is that a sensible goal?

Headline first: It is not only very sensible but a congratulatory idea. Now let us delve into the details.

Many people do not see what you are seeing today. Worse, they may be uncomfortable when they do see the reality. Most get concerned about not what makes sense for the corporation, but what would be their own future. In initiating a conversation with the board, would people think I am now no longer interested, or is it a sign of my weakness, or am I simply giving up?

Mindtree, my own company, has 15,000 people. The average age is less than 30. Being an IT services company, it is not a surprise that we are not hierarchical in the way we function—people voice their questions and concerns, constantly challenge the top management and freely post their thoughts online. From the beginning, anyone in my company can walk into my office whenever they want. Younger people do it more often and effortlessly. If they see through the glass door and see I am not in a meeting, they simply drop in, interrupt me and draw me into conversation. Sometimes, an individual may build a camaraderie and return every once in a while. In the process, a friendship of sorts evolves.

In one such case, a young woman in her early 20s, became the “Hey Subroto, what’s up” visitor for me. Whenever she would drop by, we would chat for some time, on this and that, from technology to global warming until one of us had to get to the next meeting. She would tell me what is going on at work, what she is reading, what is happening online, I would joke around with her, she would tell me the latest one and make me laugh. It was all very cool; to me it was such a nice feeling to know that I am connecting. Better still, I am connected. On one such occasion, while we were having a nice, involved conversation, I made what seemed to be a significant point and she looked at me the way someone does when something just snaps into place.

“Exactly Subroto,” she said, “You say the exact thing my grandfather tells me.”

I looked at her startled, quickly gathered my wits, brushed my lightly bruised ego, hoping she hadn’t noticed and in that one moment, I realized, it wasn’t her, it was life talking to me.

After she gave me her customary hug and the ciao, I also realized that sometimes they may look like me, talk like me, listen to me, agree with me, spar with me, use the same words and phrases, but inside their head, where the synaptic space is, they are differently wired.

By having my Facebook page and WhatsApping, I really do not automatically, seamlessly, know them.

I have a smartphone but I still largely use it to talk and check e-mails.

They also have a smartphone but they don’t use it to talk, they see with it, they think with it. They Instagram their world.

I still run my life on Outlook. Theirs has changed a long time ago.

It is a mutant generation. Life has asked evolution to do it that way.

People in the corner office are glossing over the organizational consequences of the altered reality. Smart organizations are however, making smart moves. It is for no small reason that Cognizant brought in Francisco D’Souza as the CEO when he was all of 38. When the mammoth Tata empire chose Cyrus Mistry to be the group chairman, he was just 44. In working with the millennials, these people run a lesser risk than me. At least, they wouldn’t sound like the 20 something’s grandpa.

Pa, maybe. If they are not careful.

In my moment of great epiphany, I drove down to meet Dr. Vivek Benegal, a leading psychiatrist at the National Institute of Mental Health and Neurosciences, to ask him for some sense making. Deep inside, I had an existential question. What happens to me now?

Vivek said, as we progress in life, it is important to know that the brain changes itself. We need to understand that fact and rethink what we may be better suited for. Though empirically not yet proven, researchers, by and large, are beginning to entertain a conversation that younger people think differently, their way of looking at risks may be different, they see what we don’t see. Simply by being online, we do not become them. All of these call for an organizational reassessment of roles and responsibilities.

Vivek noticed that I was about to slump when he smiled and said, “Have you heard about the idea that wisdom is no longer a vague, abstract thing? There is an active theory that it emanates from a certain part of the brain and that it has to do with neurology? There is a possibility that our neuro-circuitry associated with wisdom changes, becomes more active, as we move into our 50s; and that makes us better suited for other organizational roles that require pausing, reflecting, counselling, sense making, being there and being available?”

Vivek’s words opened up my mind. I felt somewhat reassured and as I shook hands, I told him, now I knew why people say, with age comes wisdom.

To that, he quoted Oscar Wilde who famously said, “With age comes wisdom, but sometimes age comes alone.”

You are as old as you feel, but you sir are a role model for many. I liked your article very much 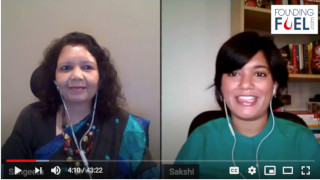 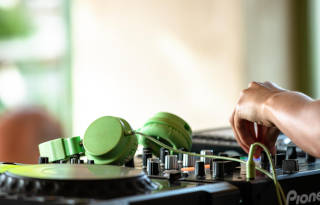 Courage, conviction, and following the beat of your own heart