The altar of bigger

Delightful insights from mathematics and biology are at the heart of something we seem bewilderingly ignorant about: Everything has an appropriate size 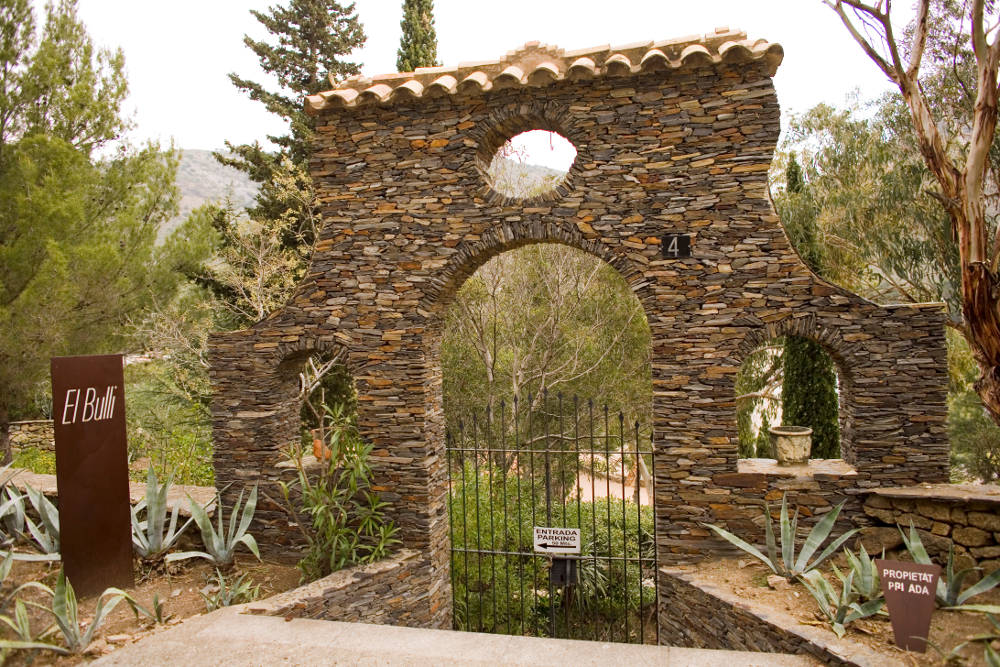 [Ferran Adria’s El Bulli restaurant. You can be one exceptional restaurant yet make a seismic impact on the world. Photograph by Charles Haynes under Creative Commons]

"Many things that are useful in our lives are indeed a function of size and scale. But most that are precious are often not"

JBS Haldane was one of the most interesting people you’ve probably never heard of.

He coined scientific terms like 'cloning' and 'coupling reaction', conceptually outlined In Vitro fertilization (test tube babies), a hydrogen economy and also the Primordial Soup Theory for the origin of life. An accomplished mathematician and biologist without a degree in science, he worked with his physiologist father from the age of eight, published a paper in genetics with his sister at 23 and by 30 was teaching biochemistry at Cambridge.

Remarkably, he renounced his British nationality, moved to India (hence JBS Haldane Avenue in Kolkata) and became an Indian citizen in 1961. A rascal of science, he cited the joy of going about sockless for the rest of his life as one reason for doing so.

But his place in my pantheon is secure through only one essay, On Being the Right Size, where he analyzed the relationship between size, scale and form.

While he didn't reference it, his argument was centered on the Square-Cube law, a mathematical principle first sketched by Galileo Galilei over 350 years ago. It says essentially that as a shape grows in size, its volume grows faster than its surface area.

Everyday thinking does not reflect this non-linear relationship. Giants as deities (or monsters) across mythologies are imagined as humans, but scaled proportionately in every direction. Remember Amar Chitra Katha? A God will be ten times as high as a human, but ten times as wide and ten times as thick also.

But if this were so, their weight would be a thousand times that of a human. Unfortunately, the cross-sections of their bones would only be a hundred times that of a human. This means that every square inch of a giant’s bone has to support ten times the weight. Conclusion? Such giants could not exist, as their femur would break at the first step.

Haldane explained that if a graceful gazelle has to change and become much larger, two possibilities exist. One, its legs become short and thick - to support the weight on about the same area of bone - in which case it ends up like a rhino. Or it compresses its body vertically, elongates its legs and angles them obliquely to gain stability. In which case it becomes similar to a giraffe.

The lesson is that change in size inevitably changes form. A rabbit as large as a hippo is not a giant rabbit. It is a completely different animal with different characteristics.

These delightful insights from mathematics and biology are at the heart of something we seem bewilderingly ignorant about: Everything has an appropriate size.

We seldom display this understanding. In our default mental position, a $10 million company is the same as another with $1 million in sales, only bigger and better. So, having 5 million customers is always preferable to having 50,000.

These assumptions permeate our reasoning. Someone who chooses NOT to pursue a bigger office, bigger salary and bigger team will probably be certified an eccentric.

This is common but fallacious thinking. And I suspect is driven by the same mindset that's made offers for penile enhancement one of the commonest forms of spam globally.

Worshipping at the altar of 'bigger' is inexplicable in a world that provides a thousand data points contradicting this religion.

Everything connected to humans, scales with human non-linearity. The iPhone went from a screen that was 3.5 inches to one that is 5.5 inches, but are we eagerly anticipating an iPhone with a 9-inch screen?

The increasing size of TV displays will also eventually peak. Because at some point, it will break the campfire-like intimacy that we expect from a television experience. A 400-inch TV will make those unfortunate enough to have it feel like lonely occupants of an empty movie theatre.

Bigger numbers do not automatically lead to bigger happiness, bigger rewards, bigger anything in life. Proponents of euthanasia wisely understand that even the length of life itself is a poor measure of its quality.

Bigger numbers do not automatically lead to bigger happiness, bigger rewards, bigger anything in life.

Clearly, bigger is not always better. For people or for business. Of course, venture investors will disagree, scoffing that value creation can never happen in the absence of scalability. Their arguments - disconnected with human-scale truths - are probably why 99% of venture capitalists give the rest a bad name.

My wife and I have two sons who are the sun and moon of our life. Would our 'value creation' be significantly higher if we had a couple of dozen more?

No, I'm not a Luddite romanticizing the world as a pint-sized, pastoral paradise. There are no T-shirts with 'Screw Size' (or 'Bugger Bigger') being designed to accompany this column.

That's because clearly, certain businesses can exist only at a certain scale. And that minimum viable scale may well be a gigantic one.

Clearly, certain businesses can exist only at a certain scale. And that minimum viable scale may well be a gigantic one.

Automobiles or mobile phones will not be made by handicraft industries in the foreseeable future. Solar power panels and wind turbines usually make more sense when they are aggregated in massive numbers.

But the fact that certain businesses can exist only at a certain scale applies in both directions.

You can be one exceptional restaurant yet make a seismic impact on the world. Commonly, one-branch restaurants are the ones usually counted among the best globally. Like Ferran Adria's El Bulli, Heston Blumenthal's Fat Duck or Rene Redzepi's Noma.

Boris Pasternak wrote exactly one novel in his life: Doctor Zhivago. Margaret Mitchell wrote only Gone with the Wind and Harper Lee none after To Kill a Mockingbird. Does it diminish them relative to Chetan Bhagat?

Many things that are useful in our lives are indeed a function of size and scale. But most that are precious are often not.

Rethinking scale changes our view about consumption, about goals, about satisfaction…Just like eating at Japanese restaurants - with their smaller-scale dishes - subliminally conditions us to be happier even with modest portions.

Pining for a bigger car, a bigger company or a bigger bonus? Pause and consider. Inside your head, the glass may be half-full. It may be half-empty. But is it possible the glass is actually twice the size it needs to be?

Your Unfair Edge
Here's to the Crazy Ones
Happily Unbalanced
Is Old the New Useless?
You might also like 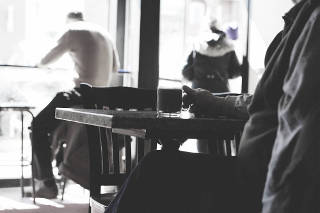 The Inglorious Goal of Doing Nothing 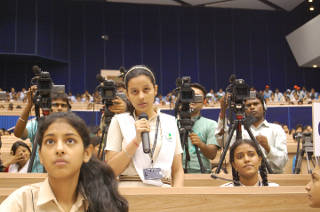 Why questions score over answers