The return to humanness and collaborative innovation

In this never ending race for greater productivity and measurement, the practice of management appears to have lost touch with real human values. It is time to correct that 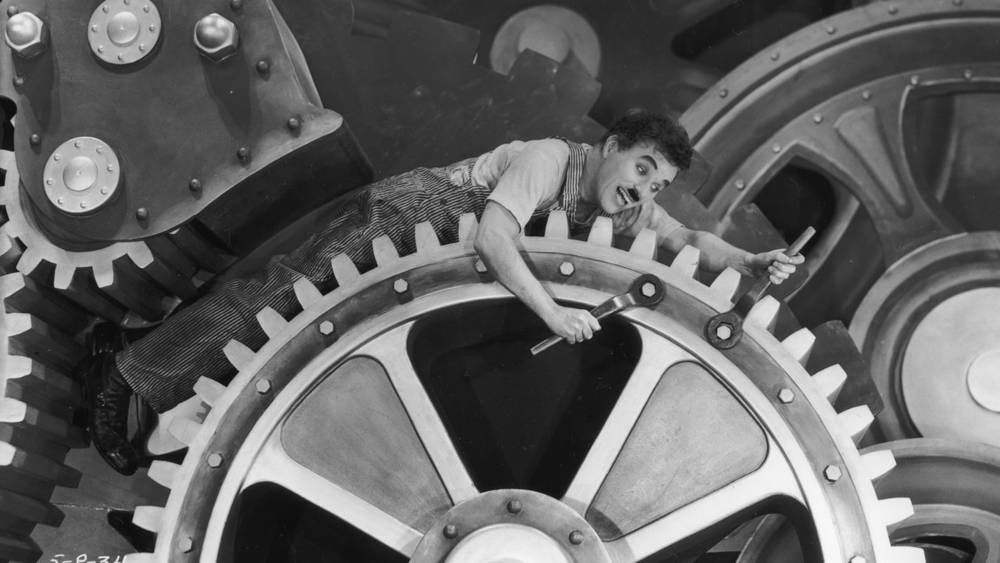 [By Taste of Cinema (Public domain), via Wikimedia Commons]

It is always fascinating to see how seemingly disparate ideas intersect to create an entirely different lens to look at innovation. The ideas may not be exactly new, but as it always tends to happen, it takes time for anything new to challenge the accepted wisdom and emerge out into the mainstream.

So it is with Richard Thaler, the professor from University of Chicago and Nobel Prize winner for his work on Behavioural Economics in 2017. Most people now associate him with his work on Nudge Theory, which uses positive reinforcement and indirect suggestions as ways to influence the behaviour and decision making of groups or individuals. For me though, Thaler’s attack on the concept of the rational man is perhaps fundamental. For decades, mainstream economists have believed in the concept of rationality—and that reason and logic is core to economic decisions. Watch this video interview with Thaler, shortly after he won the Nobel Prize.

This in turn prompted MBA schools around the world to spawn quant jocks. And somewhere along the way, we forgot about how to engage with real human beings. Thaler’s clarion call to rediscover real human behaviour—the role of judgement, belief, perceptions and emotions—did not come a day too late.

For the past many decades, the dehumanisation of management as a practice has been accelerated by concepts such as employee bell curves, an ever increasing battery of psychographic tests, quarterly reporting of results, et al. The assumption is that measurement will help make things more efficient—and solve the productivity problem. Firms churn out reams of data today measuring all kinds of things. And HR departments—that are meant to focus on getting the best out of their people—have joined this measurement party.

There’s every reason to believe that we’ve gone too far down this road. And the time for correction is here. Especially at a time when bruising competition is eroding margins and resulting in zero-sum games, firms are now desperate to find new sources of demand and growth. Merely running your firm more efficiently will no longer cut ice.

Another facet of this dehumanisation is the reliance on the old binary system of thinkers and doers, where a few people at the top do all the thinking, and the rest are meant to focus on execution. This management philosophy may be outdated, but you’d be surprised to see just how many firms still cling on to it. This is why Blue Ocean Shift, a worthy sequel to the 2005 business bestseller Blue Ocean Strategy, is particularly noteworthy.

The reason why the core message of Blue Ocean Strategy resonated so well with readers around the world is simple. Authors and INSEAD professors W Chan Kim and Renee Mauborgne advocated that firms needed to move out of brutally competitive markets—termed as red oceans—towards the creation of new, uncontested market spaces—blue oceans.

But the reality is that it takes time for simple, yet powerful ideas to gain wings. Any strategist worth his salt fully understands the import behind Blue Ocean Strategy thinking. But making the shift inside the firm is an entirely different challenge altogether. Why? Part of the reason is that firms that grew up in an era of competitive jousting revel in grabbing market share from each other. Finding new market spaces requires creative imagination and a disciplined and collaborative approach to innovation that most firms lack. Listen to this short video interview with Renee Mauborgne, as she explains this Blue Ocean journey.

Discarding old legacy mindsets that hold back growth isn’t easy. One major blocker is a deep seated culture of telling. I have dealt with this in a previous instalment of Strategic Intent. Instead of asking the right questions, managers lapse into telling mode and rarely create the space for their teams to do their own problem solving. Look around the corporate world today and you’ll see another tell-tale sign: People are caught in a constant whirlwind of activity. Busyness has almost become a disease in this race for productivity. At a time when employees need more creative confidence to innovate and find new ways of doing things, this treadmill-like atmosphere runs completely counter to the age-old wisdom of doing a few well-chosen things—and doing them well.

Blue Ocean Shift calls for a return to humanness. Old carrot and stick models, functional silos and constant inter-departmental infighting are manifestations of an old organisational order that is well past its sell-by date. Unless people are feeling energised and creative, executing a Blue Ocean strategy will remain an uphill struggle. Because the process of creating new market spaces is primarily about discovery and exploration. And it is best done by people who are closest to the customer, not necessarily by folks sitting in the boardroom. Unless frontline managers are fully energised, their focus will most likely be on fire-fighting rather than figuring out new ways to serve customers.

And finally, there’s one more important dimension: Customer centricity is a lodestar for most firms. Blue Ocean Shift argues that learning from non-customers is perhaps strategically more critical in opening up new vectors of growth. And that isn’t about mechanically doing focus groups and depth interviews and outsourcing insights to a research agency. The accent needs to be on more authentic and real interactions that help you immerse yourself in their world, experience what they’re going through—and get a first-hand sense of why they don’t do business with you. After all, the non-customer, much like your front-line employee, is a real human being. Just how well do you know them?

Timely article Indrajit. Richard Thaler has brought out a whole new thinking beyond just numbers. What’s true in his economics is largely true for the organisations. Very often we see these organisations getting mired into complexities while solving a problem, which otherwise may need a simple but a creative solution. Enough evidence in his work shows how world can be a much better place if simplicity drives decision makers. But that needs managers to think like humans as they were, and not become prisoners to machines and numbers.

I find most organisations very operationally driven, chasing quarterly targets. A mandate that has long term catastrophic effect. Such short term behaviour shapes the thinking and the structure of the organisation, leading to institutionalising these practices over time. Numerous software, dashboards and mindless metrices constantly benchmarking against the other guy further accentuates this behaviour. The language of our new managers is full of such jargons. Simplicity has simply disappeared. What Thaler proposes is true, but will the world listen? Getting more and more sucked into mindless competition and short termism.

As the article suggest Blue Ocean has for sure addressed some issues of over-competitiveness. But it needs a good amount of organisational effort behind it. Blue Ocean seems to have well-defined processes that align value, profit and people in a manner that redefines the space completely and is difficult to imitate. But it is time consuming and has human behaviour at the centre. Value drives profit, but without people supporting it, neither matters. And this brings us to the point your article makes – humaneness. Under constant pressure people and their leaders are becoming less productive, chasing meaningless agenda. The real world interaction has taken a back seat, while the best ideas come from keen observation of the nature and behaviour of people, which both Thaler and Blue Ocean seem to suggest. Tipping point leadership is about cutting through the organisational politics and harnessing such ideas. World has yet to recover from the longest running crisis so far. Organisations need to step back and take stock of their actions that has led them to this quagmire. But do they have patience and the mindset? 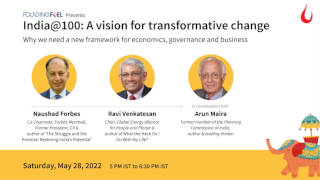 Why we need a new framework for India@100