Why Reliance is struggling to launch its 4G service

Reliance's famed project management skills are being severely tested as its strains every sinew to roll out its mammoth broadband wireless network. At its core, questions are being raised about its centralised organisational model for managing its new ventures 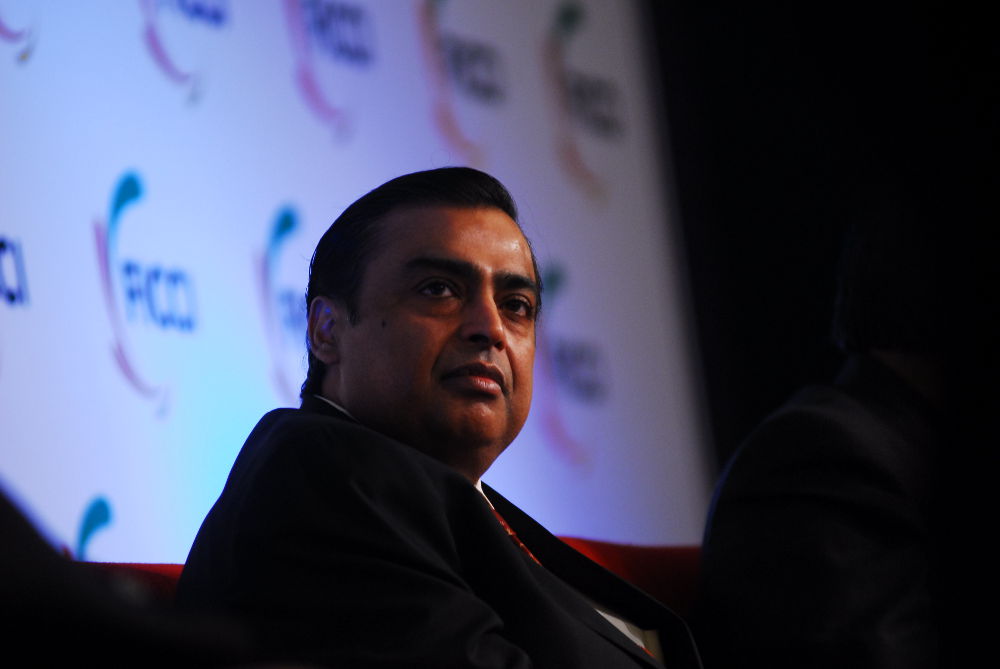 [Photograph by Pradeep Gaur of Mint]

It may not be long before India's telecom market is shaken up by the launch of Reliance Industries' 4G wireless broadband service. No one is quite sure when the soft launch is likely, but one thing is certain: there will be plenty of hoopla and hype as the launch date draws near. The project is being watched around the world, given that Reliance has committed Rs 70,000 crore to build an ultra-modern telecom network that could help India leap-frog into the forefront of the communications revolution. The formidable technological challenges of building a broadband wireless network, spread across 5,000 cities and towns, will test even Reliance, which prides itself on its superior project execution capabilities.

Beyond these technological challenges, the project will be a crucial test for Reliance's top-down, centralised decision making model. Employee engagement and empowerment, a company-wide culture of innovation and a high trust environment are the cornerstones of the modern day enterprise. Reliance's new ventures, on the other hand, have typically relied on a different and unique operating philosophy.

The project will be a crucial test for Reliance's top-down, centralised decision making model.

It is a culture which places emphasis on results, where the end is far more important than the means. Almost all key decisions on vision and strategy are taken at the very apex of the organisation. Every employee, irrespective of their seniority, is expected to carry out a given set of tasks and is evaluated rigorously at a periodic level. There's plenty of chatter about these no-holds barred review meetings, where it isn't uncommon for senior executives to be publicly upbraided for missing deadlines. Reliance also follows an old practice of assigning the same project to two separate project teams, without either of them being aware of that.

This operating style has been a leitmotif of Reliance's new venture forays. Yet, like Pied Piper, Reliance chairman Mukesh Ambani has been consistently able to attract top-level leadership talent from India and abroad. And the conglomerate has gained a global reputation for project management and execution.

It is another matter that many of these marquee hires earning multi-crore salaries seldom stay very long; or even if they do, the early promise of a blank canvas to paint on evaporates even before the first couple of months are over. They quickly reconcile themselves to being cogs in a large wheel. That Reliance isn't seen to be a great place to work is no secret.  It isn't as if attempts haven't been made in recent times to change the culture. But they've been superficial at best. Inspired by Google, RIL got a designer to paint its walls in bold, new colours and adorn them with inspiring posters. Last year, it planned a big company wide webcast and press conference to announce new employee engagement initiatives, involving the chairman and his top team. As it turned out, someone forgot to tell employees and even their HR leaders across many group companies and they got to know about it from newspaper reports the next morning.

Here's the moot point: in the end, none of this seems to matter. The Reliance juggernaut has learnt to take all this in its stride; and march ahead.

In 2002, when Mukesh Ambani unveiled Reliance Infocomm, I saw the roll-out at close quarters. It had all the makings of a classic Reliance project: hugely ambitious, breathtakingly complex; and disruptive. But it also had the same unmistakeable characteristics even then: a command-and-control style of functioning, an opaque culture, a revolving door for senior executives and relentlessly pushing the regulatory boundaries.

At the same time, there was no denying Ambani's burning ambition and clarity of purpose; and the sheer hard work that went into the project. (It is another matter that more than Rs 4,500 crore had to be written off, which may have been justified internally as a small price to pay in building the foundations of a business of the future.)

So why is its famed operating model; and its core competency in project management; likely to be tested this time around? For the refineries that it built in record time, much of the credit must also go to Bechtel for managing the entire ecosystem of engineering, planning and construction. Reliance, on the other hand, did a phenomenal job of managing and holding Bechtel accountable for results. And it worked like a dream. For this new Jio project, it has no such cushion of a prime systems integrator like Bechtel. It has had to manage nearly 100 vendors all on its own. And the fact that it isn't easy is more than evident. The project is running well behind schedule; and with significant cost overruns as well. Clearly, it has bitten off more than it can chew; something that is giving its chairman sleepless nights.

It perhaps underestimated the task of network planning and laying fibre across the country at a record pace.

That's not all. First, new tower locations were hard to find. It then found some kind of a workaround by leveraging other existing tower networks. It perhaps also underestimated the task of network planning and laying fibre across the country; and that too, at a record pace. Gaining right of way was equally challenging. And every municipality extracted more than its pound of flesh. Some of this could have been solved if local teams were empowered, but the highly centralised decision-making and silo-based organisation made things even more complex. The task of optimising the network; and laying the fibre all the way to the home turned out to be a humungous challenge. And so far, almost five attempts to build a stable network that functions seamlessly on the 2300 MHz spectrum have come a cropper. So much so that it is now scrambling to meet its minimum roll-out obligations. The clock is ticking; and any failure to roll out its services by the end of this year gives the Department of Telecommunications the right to withdraw the radio waves.

[This article was first published in Business Standard]

Thank you, everyone, for sharing your feedback. I really appreciate it. Yes, the point I've tried to argue is that talent is as critical as customers in a service business. And building a shared purpose not just within the organisation, but across the entire extended enterprise is a critical aspect for an immensely complex project such as this. There's no reason for us to write off Reliance, yet my research seemed to suggest that they may have bitten off more than they can chew on this one. Hopefully, they'll learn from their setbacks and come back strongly.

Reliance has been able to acquire the required broadband spectrum and has been having excellent project management skills within its organization. With available money even outsourcing should not be a problem. What is lacking is the size of 4G market and perhaps Reliance is waiting for timing its entry at the right time. Even 3G market has been limited because of high pricing and lower speeds.

The article focus on the project management of Telecom network and organization decision making which it important. The other aspects like - Service centric thinking while implementing its OSS/BSS systems and people orientation are also key to success in a highly competitive market. People are key for service industry.

The under estimates of project size , technology scope and method of execution all together has put much pressure on the roll out. The existing network infrastructure of other operators is built over 20 years with huge manpower involved in it and it cannot be equated in such a short time to compete even though technology upgrade has advantage. This would have been easy if trusted long term employees with de centralized execution would have happened but not with new bunch and centralized execution.

It is a fashion to write off Reliance every time it faces a challenge. This time also it is no different. But despite all challenges it will be able to do what makes a difference not only to the country, but to the world

This is where reliance needs to understand the complexity and beauty of distributed ownership. Just by shear money power telecom networks are not rolled out at the same time, telecom is a vendor eco-system game, and managing them centrally has always been a challenge.

Congratulations on this article. First ever bold article written on this topic. Likely to ruffle lots of feathers . Hope this article reaches its final destination.

Adani’s NDTV takeover: The end game
What’s holding up Gautam Adani’s takeover of NDTV?
Capping the moonlighting volcano
A battle of unequals
You might also like