June 2, 2019: A roundup of news and perspectives on disruptive technology from around the world. In this issue: Uber’s impact on taxi drivers, Ather Energy, Huawei, AI pizza checker and more 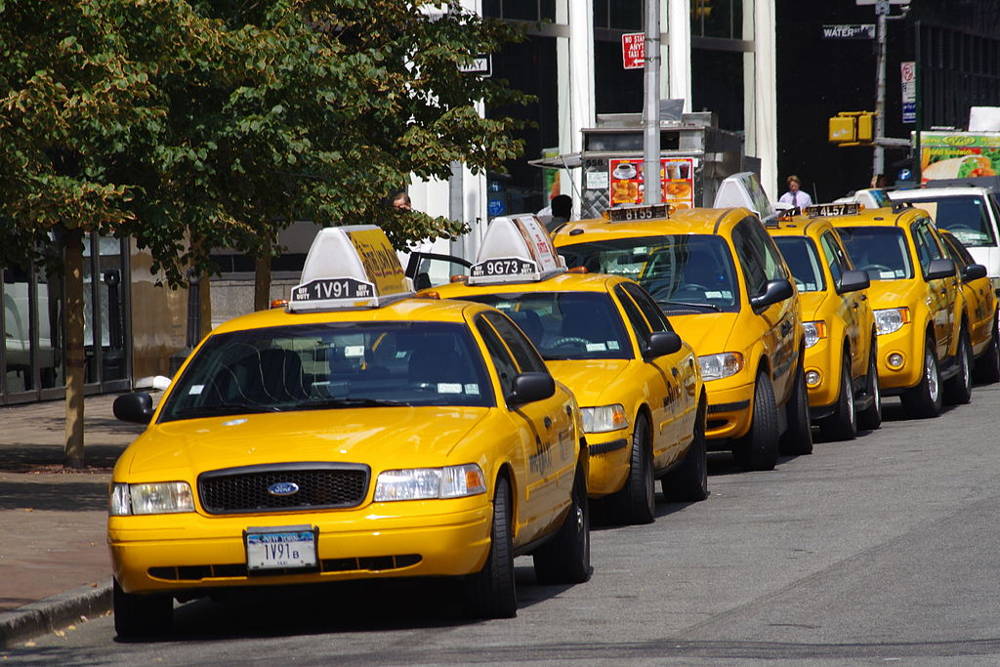 Try a different question. In April 2018, The New York Times reporter Brian M Rosenthal was assigned to cover one of the key business interests of President Donald Trump’s former lawyer, Michael D. Cohen: New York taxi medallions. Medallions, city permits which allow the city taxis to pick up people on the street, were valued at over a million dollars at one point, and has since dropped to less than $150,000. The crash pushed many drivers to hardship, some even to suicide. Everyone attributed the drastic fall in prices to Uber and Lyft.

Rosenthal, however, asked a different question. Why had anybody ever paid $1 million for the right to the grueling job of being a cabby? It turned out that the taxi drivers, mostly poor immigrants, were taken for a ride by predatory lenders. They borrowed money for the over-priced medallions, and ended up spending most of their earnings on paying off the  interest. Some were interest-only loans, which meant, they were locked in forever. The government officials turned a blind eye to all this. It’s not that Uber and Lyft don’t have their own problems. But, the wholesale rush to demonise the apps ended up shielding the real villains.

It is a fascinating series of stories, and will likely fetch Rosenthal a Pulitzer. The way he went about figuring the answers out—described here and here—is fascinating. (A documentary, a mini-series next?) But more importantly, it should make us pause before we jump to conclusions.

We saw the movie playing out in India too. In the rush to blame Aadhaar for everything, privacy and development activists often turned a blind eye to bigger dangers to privacy, and deeper issues that stood in the way of delivering services to the poor.

What do you do when people don’t buy your stuff?

Increase the price: In 2017, Tarun Mehta, co-founder and CEO of Ather Energy, a Bengaluru-based e-scooter company, which recently raised $51 million, gave a lecture at IIM Ahmedabad, taking his audience through his journey. He spoke about a market research he did in the early days. He found that an electric scooter’s speed was typically 25 kmph, it had poor acceleration, you had to change the battery after 5,000 km, and the battery took six to eight hours to charge. The best thing was the cost. It was just Rs 35,000.

I could relate. A couple of my friends who cared about the environment and pollution bought these vehicles, and after the initial josh, felt let down. Meanwhile, companies were assembling more scooters from Chinese imports. It looked a lot like the media industry. Businesses expected customers to accept their products, because they were cheap.

Ather wanted to change the game. It said it will build e-scooters that were three times better in speed, 20 times better in acceleration, 10 times better in battery life, and eight times better in charging time. If it built ‘a better mousetrap’ would customers line up to pay a premium of 30-40%? Its conversations with potential customers convinced it that they would. However, as it started designing the e-scooters, it found that building a better product is not enough, it has to set up charging stations, and in fact look at the entire ecosystem.

Karthik Subramanian, who now works at Zoho, has covered Ather in his earlier avatar as a journalist when the company was still operating out of Chennai. He told me that even back then, “they were very focused on engineering efforts and constantly kept talking about building the ecosystem to support EV [electric vehicle] owners.”

In a recent interview to The Economic Times’s Sudheer Singh, Mehta said the focus will now be on scaling up. Ather has the capacity to make 25,000 vehicles now, and wants to increase it to 500,000 to a million.

How to grow food when you have very little land

Think space. Singapore, the city state, has just 1% of its land devoted to agriculture, and produces just 10% of its food requirement. Yet, it is the most food secure country in the world, according to the Economist Intelligence Unit. It manages by importing the rest of its needs. Singapore’s leaders have always been self-aware about its size, and paranoid about its security. So, it should come as no surprise that Singapore wants to increase its own production to 30% of its needs by 2030.

So, how will it manage to increase its food production, given the land constraints? Reuters surveys some developments in a recent report, and quotes Paul Teng, a professor specialising in agriculture at Nanyang Technological University: “Whenever I talk about food security in Singapore, I tell folks don’t think land—think space. Because you can go upwards and sideways.” It essentially means everything from vertical farms, lab-grown meat to hydroponics.

For long, Singapore has been a magnet for food lovers, thanks to the diversity of food it offered. Soon, it could be a magnet for those who want to understand the future of food.

How do you fight an enemy?

On all fronts: The troubles facing Huawei, the chinese technology giant, is an example of how everything is interconnected. In December 2018 its CEO, and its founder’s daughter, Meng Wanzhou, was detained in Canada to be extradited to the US on the charges that the company flouted sanctions against Iran. China, in return, detained two Canadian nationals in the country (and for good measure executed two Canadians held in prison for different crimes).

The US government then banned American companies from selling technology to Huawei. Following that, Google said it will stop providing Huawei its proprietary components for Android operating system and  Intel, Qualcomm and Micron said they won’t be supplying their hardware. By then, observing the trade war between the US and China, Huawei had anticipated the ban, and has been piling up supplies that will last it for a year, besides working on its own operating system. After the announcement, shares of American suppliers to Huawei went down, because investors were worried about sales.

Meanwhile President Trump said the charges against Meng Wanzhou could be dropped if that would help in trade talks with China. Wanzhou appealed to Candian courts against her extradition, arguing that Trump’s comments proved her detention was political.

Very few believe it is only about politics or economics or technology. (Huawei holds key patents in 5G and is having talks or working with other countries to build their 5G networks). The question is whether the US is merely using the company as a tool to get a better deal with China, or whether it considers Huawei itself an enemy. One place to look for an answer would be TSMC, a key supplier based in Taiwan. If that gets disrupted, it will be tough for the world’s second largest producer of smartphones and foremost player in 5G.

Dominos customers in Australia may be knowing. No food lover I know believes that cooking can be automated. It needs a human touch. Well, Dominos in Australia is not actually using AI to make better pizza. It uses scanners, and AI to check if the pizza meets visual standards—if the cheese is well spread out, if toppings are distributed the way they should be.