A roundup of news and perspective on disruptive technology from around the world. In this issue: A new partnership to make Artificial Intelligence beneficial to people; autonomous vehicles and online education; Elon Musk’s plan to colonise Mars 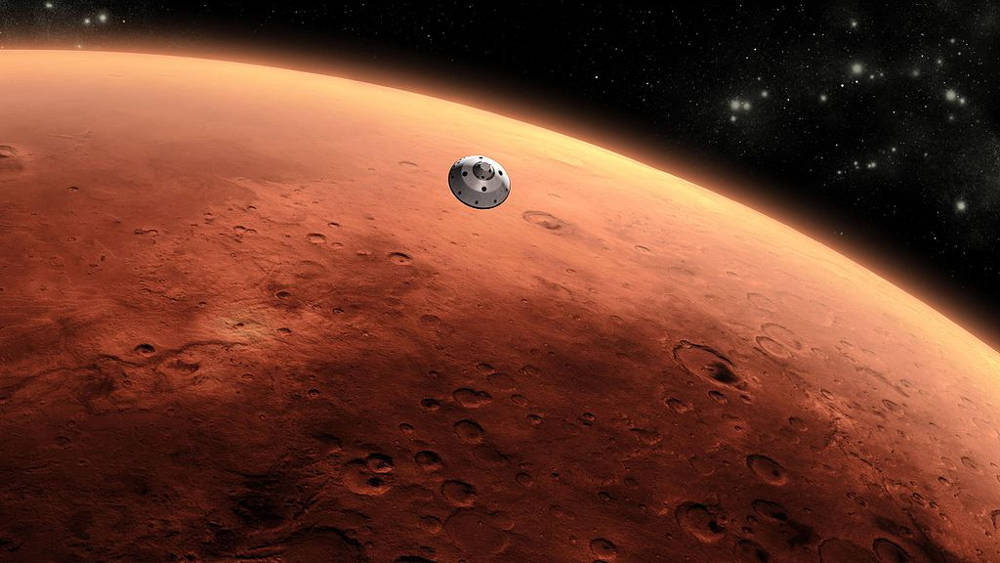 A partnership to make Artificial Intelligence beneficial to people

Five technology giants—Amazon, Facebook, Google, IBM, and Microsoft—have come together to launch a nonprofit that would “ensure that applications of AI are beneficial to people and society”. They have given a rather unimaginative and longish name to the venture: The Partnership on Artificial Intelligence to Benefit People and Society.  Among other things, it will develop educational material, host open forums, and support discussions about the technology.

The two prominent missing names are Apple and Tesla. Apple is investing heavily in AI, into its own labs and to buy out companies in the space. And, Tesla's chief Elon Musk has worried publicly about the consequence of AI and has backed OpenAI, another nonprofit, whose aim is to build safe AI and to ensure its benefits are widely and evenly distributed.

One of the difficulties in thinking about AI is that it has a wide range of applications. It’s one of the reasons why some concerns about AI seem so valid. For example, its impact on certain types of jobs is real. Intelligent machines and algorithms are already replacing human beings in some sectors. However, its impact on the world at large, as painted by dystopian sci-fi movies, is far fetched. In part, it has to do with the progress AI research has made. It is growing at an exponential pace. However, if someone from the future were to look at the developments, it would seem rather primitive, the first few baby steps.

Which is a reason why one of the stated goals of the partnership is important for the policy makers, for the companies in AI, and for people at large. It says it will conduct research on specific AI applications in specific sectors such as healthcare and transportation. Such a granular approach will help in people taking a pragmatic approach to AI. Like any technology, AI has its benefits and it has its risks. To explore those should be the primary responsibility of human intelligence—not just those working in the tech sector, but in the wider world. The partnership promises help in achieving that.

In the past few weeks, self-driving cars suddenly seemed more real than ever before. nuTonomy, a Singapore-based startup, launched a pilot in Singapore, and has said it will deploy at least 1,000 vehicles by 2018. Uber launched a limited pilot in Pittsburgh, tying up with Volvo. For the rest of the world, Google's self-driving cars might be an object of curiosity, a betting game, on whether it will sweep the world like Search did, or if it will end up like another Glass. But for Uber CEO Travis Kalanick, it is existential. They had to have an alternative self-driving car. “Because if there is not,” he told Bloomberg, “we’re not going to have any business.”

The sense of urgency is palpable everywhere. CB Insights reported that 33  corporations—from Audi and BMW to Vovo and Yutong—are working on autonomous vehicles. There are acquisitions. Earlier this year, General Motors bought Cruise Automation for a billion dollars. Around the same time, Toyota hired all of Jaybridge Robotics’ 16 employees to bolster its self-driving car development. Uber bought Otto for about $700 million. Otto was just six months old, and had 70 employees.

How is this connected to online courses? The competition has created a huge demand for self-driving car talent. Recently, Sebastian Thrun, who founded Google X and is now professor at Stanford’s AI Lab, said the self-driving talent is valued at $10 million, going by deal size of acqui-hires. The average salary an engineer earns is $138,000 according to Paysa data. Now, Thrun is also a co-founder of Udacity which offers online courses, and Udacity has just commenced its first Self Driving Car Engineer Nanodegree. There were over 11,000 applications for 250 spots. The course fee: $24,000. And it is online. For the next course, which is starting in November, it has expanded the number of spots to 1,000.

The big question: would these engineers have come into the pool in any case, with or without the microdegree from Udacity, picking up the skills elsewhere?

An answer comes from a study of an online masters programme in computer science offered by Georgia Tech. Unlike some of its peers, which charge the same expensive tuition fee for an online programme as they do for the residential programme, Georgia charges just about $7,000. For its first batch it restricted the number of students to 500, and chose only those whose grade point average in the bachelor’s programme was more than 3.26. Three researchers from Harvard and Georgia Tech looked at applicants who fell just below the cutoff, and found only 10% chose a different programme. The majority didn’t go for an alternative master’s programme. They had day jobs, and presumably wanted to upgrade their skills.

When MOOCs—massive open online courses—started getting popular in 2012, Apple CEO Tim Cook compared it to the first version of iPhone. It was a fantastic product, but very limited. It didn't even have an app store. MOOCs development has been phenomenal since then—there are more courses, more universities, more platforms, and most importantly, more innovations in the process of learning.

The coming together of these two big trends—technological changes demanding new skills; and the rise of quality online education—promises to change the way resumes look. It neatly fell into two blocks earlier: education (three, four, five years) followed by employment. For some of my connections in LinkedIn, it is already looking different.

‘Feasible or Fantasy?’ ‘Insane but not impossible.’ ‘How crazy is Elon Musk’s mission to Mars?’ ‘Elon Musk outlines his crazy, very real plan to colonise Mars.’

These are some of the media headlines after Elon Musk made a  presentation at the International Astronautical Congress  at Guadalajara, Mexico recently.

His plan is audacious. He wants to build a big rocket, send humans to Mars in batches of 100. And with 10,000 trips to the red planet, there will be one million people, creating a self-sustaining civilisation on Mars. It is no wonder that many young engineers look up to Elon Musk (and I got a sense of it when I did a story on Team Indus, talking to the ambitious, hardworking youngsters there).

Since Musk made that presentation, there have been some discussions on his company SpaceX’s ability to fund the project. But, there are in fact bigger challenges (and a reason why funding might be difficult). First, the technical challenges. Just a month ago, its workhorse Falcon 9 rocket and its payload exploded on the pad during a test. Things can go wrong in the space business, and the kind of rocket that Musk spoke about has never been built before. Second, and even more importantly, there is the human factor. Venture capitalist David Cowan, in an interview to Bloomberg, pointed out that Musk dismissed the radiation dangers a little too soon, and we still don’t know the impact a different environment will have on humans. Nasa is still studying the impact.

Musk has said the first flight to Mars with people could happen as early as 2024. He is likely to miss the deadline. But the point about his plan is the excitement it has generated across the world.

On technology addiction and learning  | Aeon