Entrepreneurs oftentimes stand at the crossroads. What road do you choose then? The one that leads to valuations? Or that to a life well lived? 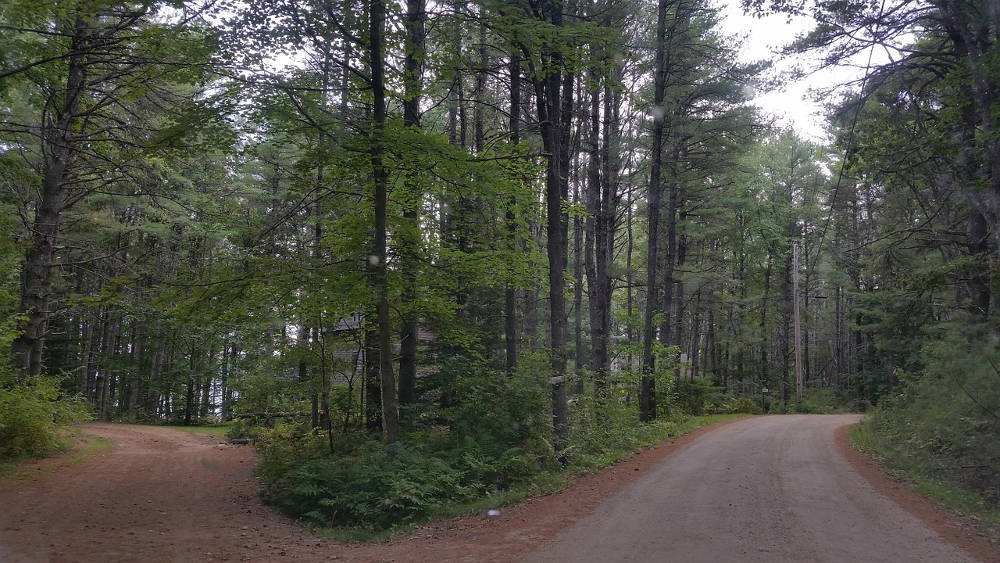 [Photograph by MoneyforCoffee under Creative Commons]

Maria Popova’s Brain Pickings (http://www.brainpickings.org) is among the best websites for the curious mind. I picked up a poster from her online store that contains her reflections on completing seven years of single-minded devotion to the website from the time she started off as a Bulgarian immigrant in the United States. The first thought that occurred to me is that the beautifully handcrafted poster ought to be mandatorily hung on the wall of every entrepreneur, and committed to memory. The lessons it contains are timeless. I picked four I thought the most pertinent and one from another writer whose words continue to resonate.

Lesson #1: Allow yourself the uncomfortable luxury of changing your mind

The world around us is one that is increasingly built to distract. Not just that, platforms exist on which pretty much anybody and everybody can voice their opinions. The problem in a world like this is, if you don’t have an opinion, you are perceived as a doofus. But it’s okay to be a doofus and instead much rather be a listener. As Popova puts it, “It is so disorienting to simply say ‘I don’t know,’ but it is infinitely more rewarding to understand and then get it right.”

Why this matters for entrepreneurs was summed up in The Innovator’s DNA, a book co-authored by one of the greatest management thinkers of our times, Clayton Christensen, and summed up by Shane Parrish on the outstanding Farnam Street Blog.

Lesson #2: Do nothing out of guilt or for prestige or status or money or approval alone

Popova’s point is: “Those extrinsic motivators are fine and can feel life-affirming in the moment, but they ultimately don’t make it thrilling to get up in the morning and gratifying to go to sleep at night—and, in fact, they can often distract and detract from the things that do offer those deeper rewards.”

This was affirmed in a conversation the other day with a veteran who has seen the innards of the Big Five consulting firms. They hire the best and the brightest from across the world with the highest of monies and the fanciest of perks.

In the early stages of their career, they are put through consulting assignments their firms have bagged. These may span various verticals. But each assignment may not last longer than six months before they try to move to another industry or vertical. When questioned why, the stock response this veteran has met with is “because it looks good on the resume that I have seen so many industries”.

“But that is missing the wood for the trees,” says he. “How are these young ones to understand the nuances of enterprises that people have spent a lifetime in trying to answer?” But the firms and their partners don’t see it that way. For them and the young ones who get into the business, their business card defines who they are and what their purpose is.

Legendary investor Charlie Munger, vice chairman of Berkshire Hathaway, summed it up succinctly in his writings: “It’s not given to human beings to have such talent that they can just know everything about everything all the time. But it is given to human beings who work hard at it—who look and sift the world for a mispriced bet—that they can occasionally find one. And the wise ones bet heavily when the world offers them that opportunity. They bet big when they have the odds. And the rest of the time, they don't. It's just that simple. That is a very simple concept. And to me it's obviously right—based on experience not only from the pari-mutuel system, but everywhere else.”

Much has been written and much has been said about being generous with wealth and money. But what about generosity to the self? How many entrepreneurs actually consider that?

“With your time and your resources and with giving credit and, especially with your words,” writes Popova. “To understand and be understood, those are among life’s greatest gifts, and every interaction is an opportunity to exchange them.” So, there is a school of thought that argues that entrepreneurs cannot maintain a work-life balance.

But once again, Munger in his earthy wisdom writes: “To me, that's totally insane. The way to win is to work, work, work, work and hope to have a few insights. How many insights do you need? Well, I'd argue: that you don't need many in a lifetime. If you look at Berkshire Hathaway and all of its accumulated billions, the top ten insights account for most of it. And that's with a very brilliant man—Warren's (Buffett) a lot more able than I am and very disciplined—devoting his lifetime to it. I don't mean to say that he's only had ten insights. I'm just saying, that most of the money came from ten insights.”

For Popova, this translates into something similar. “Build pockets of stillness into your life. Meditate, go for walks, ride your bike going nowhere in particular, be as religious about your sleep as you are about your work—the ability to get by on little sleep isn’t a badge of honour that validates work ethic but a profound failure of self-respect.

“…our first responsibility is to ourselves—to be true to our sense of right and wrong, our sense of purpose and meaning. That’s how we contribute to the world. Anyone who is able to do that for him or herself is already contributing a great deal of human potential into our collective, shared pool of humanity,” she says.

Lesson #4: Expect anything worthwhile to take a long time

Reflection demands an entrepreneur be still to the exclusion of everything else. And look for opportunities beyond the obvious. It does not add zeroes to the bottom line right away; neither does it get the attention of investors in New York and London who look at the world from a prism that is entirely theirs. When thought about deeply, more than anything else, it shows a mirror to the intellectual bankruptcy that exists. Which is why, the obsession with meeting quarter-to-quarter deadlines.

It would do most entrepreneurs good to remember Alain de Botton, the Swiss-born British philosopher’s words: “The most fulfilling human projects appeared inseparable from a degree of torment, the sources of our greatest joys lying awkwardly close to those of our greatest pains…

“Why? Because no one is able to produce a great work of art without experience, nor achieve a worldly position immediately, nor be a great lover at the first attempt; and in the interval between initial failure and subsequent success, in the gap between who we wish one day to be and who we are at present, must come pain, anxiety, envy and humiliation. We suffer because we cannot spontaneously master the ingredients of fulfillment.”

And finally, this doesn’t appear in Popova’s poster. But was picked up from a commencement speech at Syracuse University in 2013 by the legendary writer George Saunders on the increasing need for entrepreneurs and leaders, in whatever sphere they be, to be kinder in today’s hypercompetitive world.

“Accomplishment is unreliable. ‘Succeeding,’ whatever that might mean to you, is hard, and the need to do so constantly renews itself (success is like a mountain that keeps growing ahead of you as you hike it), and there’s the very real danger that ‘succeeding’ will take up your whole life, while the big questions go untended.

“Since, according to me, your life is going to be a gradual process of becoming kinder and more loving: Hurry up. Speed it along. Start right now. There’s a confusion in each of us, a sickness, really: selfishness. But there’s also a cure. So be a good and proactive and even somewhat desperate patient on your own behalf—seek out the most efficacious anti-selfishness medicines, energetically, for the rest of your life.

“Do all the other things, the ambitious things—travel, get rich, get famous, innovate, lead, fall in love, make and lose fortunes, swim naked in wild jungle rivers (after first having it tested for monkey poop)—but as you do, to the extent that you can, err in the direction of kindness. Do those things that incline you toward the big questions, and avoid the things that would reduce you and make you trivial.”

@Shahid Parvez Sayed, Please click on the link below the image we have used. It is reproduced under the Creative Commons License. At Founding Fuel we are very serious about IP and do not reproduce anything without permission or attribution. The owner of the image has put it up put it up there under CC.

@Saurabh, many thanks for your generous words. Deeply appreciate it.

This is an amazing piece and I always look forward to your next article. You have the knack of putting across the crux of entrepreneurship without the clutter and jargonbazi.